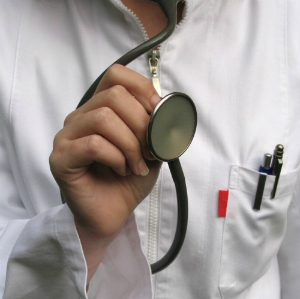 To locals it is known as the Kremlin – a vast monolithic red-brick office block built on a hill overlooking Leeds city centre. It is a fitting nickname. Because behind the austere façade is the headquarters of a vast, new – some would say – monolithic organisation which has an annual budget of £93bn, a workforce of 1.3 million and which, were it an independent country, would have the 11th-largest economy in the world.

But while all of us use its services (and care passionately about them), outside the world of health almost nobody has heard of the new NHS Commissioning Board or indeed Sir David Nicholson, its boss, who is about to become the most important unelected decision-maker in Britain.

Set up last year as part of the Government's controversial health reforms, the Commissioning Board will, from April, take over responsibility for all aspects of running the NHS from the Health Secretary, Jeremy Hunt.

It will have responsibility for deciding where and how the NHS's vast annual budget is allocated, what its priorities should be and what to do when things go wrong.

Perhaps most importantly the board and Sir David will have to find more than £20bn worth of savings – while ensuring that waiting lists don't rocket and patient care doesn't suffer.

In doing this he will no longer need Mr Hunt's permission to make decisions. Ministers can't sack him, tell him what to do or intervene – no matter what the political consequences.

He is responsible to his board and to Parliament alone through the powerful Public Accounts Committee chaired by the formidable Labour MP Margaret Hodge. Sir David jokes that "he deserves a medal" for all the cross-examinations he has already faced from her committee.

The board is, without doubt, the biggest change in the NHS's 65-year history and one which will thrust Sir David to the centre of the public stage. You may not have heard of him yet – but you will.

So who is Sir David, what drives him and what we can we expect of the NHS under his leadership? He is a slightly unlikely choice for such a high-profile and politically sensitive role, whose success or otherwise could well determine who wins the next election.

A proud, slightly bluff, Midlander from Nottingham, he is the son of a plasterer and was, as a young man, a member of the Communist Party. He has never worked in the private sector but has spent three decades working his way up through NHS management – running everything from mental health services to hospitals and strategic health authorities.

Before his current job he was No 2 in the Department of Health and was reportedly negotiating his departure when, much to his surprise, he was asked by Andrew Lansley to run the new Commissioning Board at the height of the crisis over the Government's health reforms.

One official involved in his appointment said: "They [Cameron and Lansley] realised that what the system needed wasn't a reforming zealot but somebody to hang on to the bloody thing." Or to put it another way: he knew where the bodies were buried.

Sir David himself says with a smile: "I started in the NHS 35 years ago so I'm a lifer with all the strengths and weaknesses that goes with that."

He certainly knows all about politicians. And having served five secretaries of state and three prime ministers he is relishing the Commissioning Board's new independence.

"What used to happen was that because politicians were very powerful [NHS managers] thought that the way you got things done was to get the politicians to say it needs to be done and then tell everybody to do it," he says. "But of course change doesn't happen like that. All you get is a system which is constantly trying to read the runes of what the politicians want.

"That is a very difficult place to be. One of the things I said early on was if NHS managers spent as much time managing their services as they did trying to manage the centre we would all be better off.

"This shift [to the board] will allow people to take more control over their own affairs but also feel much more accountable to their patients."

Already there are signs that things are changing – with the Commissioning Board making decisions which politicians might previously have baulked at.

Late last year Sir David announced plans to require hospitals and GP surgeries to carry out operations and see patients seven days a week – a move which is likely to face stiff opposition from the health unions.

Then last week the board announced it was planning to carry out a nationwide review of emergency healthcare services – a political hot potato because it is likely to recommend the closure of A&E services.

Further down the line will come more reconfiguration (in health service jargon) with stroke and cancer treatments concentrated in fewer hospitals, so patients will be treated further away from home but (hopefully) more effectively.

"We've done quite a lot but need to do much more," he says. "If you're asking me, 'Do I want to be operated on for my oesophageal cancer with a general surgeon [locally] or by someone who does nothing other than oesophageal surgery?' I'll go for the specialist every time."

But the real challenge will be how to do this at a time when demand is rapidly increasing and yet the NHS budget is virtually frozen.

Some savings have been made through pay freezes and efficiency gains but these will not be enough.

To put the service on firm footing, large amounts of care will have to be moved out of hospitals and into the community – which is cheaper and more effective but controversial.

Sir David admits: "We always knew that the national stuff would be more straightforward to deliver and the service change would be the most difficult.

"Some hospitals will be losing services both to centralisation and also from shifting services out into the community. How we manage that is going to be quite tricky."

But he is adamant that it will result in better care – particularly for the elderly for whom, he says, hospitals are a bad and expensive place to be.

"The nature of our patients is changing – and changing rapidly. If you think about the average general hospital, something like 40 per cent of the patients will have some form of dementia.

"But our modern hospitals have a highly technological way of operating. They are fast-moving and are organised around getting a diagnosis, referring the patient to the right place and getting treatment. They are very bad places for old, frail people.

"We need to find alternatives. We need to put as much focus on that as we do on telling nurses to be more compassionate."

But even if he succeeds in that, budgets are still going to be tight, and just round the corner is the next Comprehensive Spending Review where NHS budgets are likely to be even tighter post-2015 than they are now. However, one of the big changes with the Commissioning Board is that they are now independent – and Sir David makes clear this time the public will know what money the NHS needs – and whether it has been given it.

He doesn't add that it may be a change politicians may come deeply to regret.

Personally, he is currently juggling the huge new responsibilities along with becoming a new father at the age of 57.

"I've got a five-week-old baby daughter. It's fantastic. When you're younger you have your children but you're also doing other things. But when you're older you can spend a lot more time with her. I really enjoy it.

"It's really different from doing this. But there are some similarities, in my view, to running a hospital. Surgeons can be very difficult."

And what does he feels the legacy is for much-maligned hospital managers? Will the new Commissioning Board finally give them recognition for being as vital to good healthcare as doctors and nurses? Sir David admits it will be a challenge.

"You don't go into NHS management to tell your friends and family," he jokes. "But I can't think of a better job to do."

A life in brief: David Nicholson

Educated: Forest Fields Grammar School Nottingham and University of the West of England where he studied history and politics.

January exercise regime: I walk to my car.

To relax: Football. I played until seven or eight years ago when my knees gave up. Now I just follow Nottingham Forest.

Alternative career: I'm going to be really dull but I always wanted to be a history teacher.