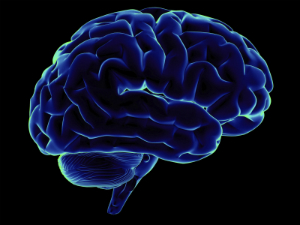 For years, researchers trying to determine whether concussion-prone football players suffered profound neurological damage had to wait until after the athletes' deaths to examine their brain tissue under a microscope.

But in a study published on Tuesday in the American Journal of Geriatric Psychiatry, experts at Evanston, Illinois's NorthShore Neurological Institute and the University of California Los Angeles say they might be getting closer to detecting the dementia-like condition known as chronic traumatic encephalopathy, or CTE, in living people.

The study used brain scans to compare five former NFL players, all of whom had suffered at least one concussion, with five non-players roughly the same age.

The scans showed that the athletes' brains held significantly more tau - a protein that builds up over damaged brain cells and is considered the hallmark evidence of CTE. Researchers have found heavy tau deposits in the brains of Junior Seau, Dave Duerson and other ex-players who committed suicide.

Dr Julian Bailes, a neurosurgeon at NorthShore, said more research is needed to confirm the findings, but if they hold up, they could lead to new therapies and preventative measures to combat the toll of repetitive concussions.

"For me, the Holy Grail of CTE is being able to diagnose it when someone is still alive, where you have the chance to make a difference or help somebody else," he said.

The study, conducted at UCLA, centred on five ex-NFL players who had varying concussion histories. They ranged from a 59-year-old linebacker who had suffered two concussions and mild cognitive impairment to a 73-year-old guard with more than 20 concussions and a diagnosis of dementia and depression.

The ex-players were injected with a chemical designed to make tau deposits light up during a brain scan. When compared to control subjects who had not been in the league, the players' scans displayed vivid bursts of red, yellow and green.

Seeing those colours was an unnerving experience for Wayne Clark, one of the former players. He was a quarterback for the San Diego Chargers, Kansas City Chiefs and Cincinnati Bengals in the 1970s, and during his career took only one monster shot - a collision during a blocked field goal that left him with 24-hour amnesia.

As far as he could tell, though, he suffered no lingering effects from the blow. He performed fine during the cognitive tests that were part of the study, he said, and the paper described him as having only "age-consistent memory impairment."

That made his scan "a bit shocking," said Clark, 65, who is retired and living in a Los Angeles suburb. "I didn't feel I exhibited any results of (brain damage) at all, other than anything that might be age-related."

Dr Russell Lonser, a neurosurgeon at The Ohio State University who helped to coordinate the study of Seau's brain but was not part of Bailes' research, said Clark's results could have various explanations: The chemical used in the study might not isolate tau as clearly as believed; tau levels do not correlate with the development of CTE-like symptoms; or Clark is an outlier who is not representative of former NFL players who suffered concussions.

Lonser said it would be unwise to make too much of a single data point, but he noted that some have criticised football-related CTE studies for having a small number of subjects.

Christopher Randolph, a neurology professor at Loyola University Chicago Stritch School of Medicine who views CTE research with a skeptical eye, said the new study was too limited and speculative to be definitive.

Other researchers have found tau tangles in the brains of cognitively sound people, he said, and no one has yet proven that higher levels are the result of repetitive brain trauma.

"Basically, it isn't clear that a history of playing football was in any way related to the findings," he said. "They might have had similar results had they recruited a sample of five plumbers with a history of recent cognitive decline and depression."

Bailes said the study was indeed just a preliminary step with numerous limitations, and that much more research is needed.

But he added that other studies have found a heightened incidence of cognitive, mood and behavioural problems in former contact sport athletes, lending credence to the idea that repeated concussions lead to other health issues.

If the brain scans do prove to be predictive of CTE, they could help to sound early warnings of the condition and create new therapies or preventative measures, he said. The scans might even be used to help players figure out whether to retire, he said, though he doubted they could aid decisions about when an athlete is fit to play after a concussion.

Clark, the former quarterback, said that despite his confusing results, he was glad to have participated in the study.

"My hope is that if there is a correlation (between the brain scan results and CTE), they can research interventions and ultimately find ways to provide better equipment, change the rules a bit and find all types of solutions to help," he said.