ONE in three older people say they are lucky if they see their grandchildren once a month, according to polling highlighting the problem of loneliness in Britain. 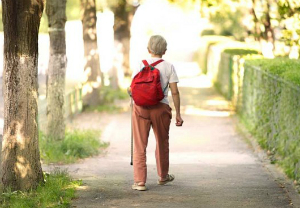 A fifth of over 65s also said they saw their adult children once a fortnight.

The findings emerge from a study of different generations showing that loneliness is becoming a growing problem in Britain for both old and young.

In a poll of people aged 16 to 25 for the same study, loneliness ranked alongside debt and future financial security as a major worry for young people. A fifth of young people polled said it was one of their biggest worries.

Meanwhile one in three over 65s say they experience loneliness. For many it is a more difficult problem to admit to than illness, financial worries or relationship problems.

Michelle Mitchell, director general of Age UK, which co-sponsored the research, said: “We already know that loneliness affects over a third people over aged 65 in Great Britain.

“Modern day life means that more people live further away from loved ones so seeing older relatives regularly can be increasingly challenging.

“By bringing older and younger people together in their local communities through a new digital service we hope to go some way in helping to reduce isolation and loneliness across the generations.”

Emma Thomas, head of the charity YouthNet, added: “There is so much that young people can contribute to society and helping older people to benefit from online and connect with their families so they feel less isolated is a great example of this.”