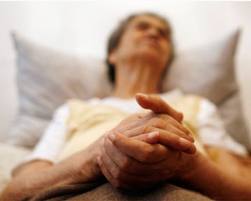 Advocates for older North Carolinians have a full list of requests for the General Assembly session that begins Wednesday — from strengthening criminal background checks for long-term care workers to reducing unneeded use of psychotropic medicine for people with Alzheimer’s.

But groups such as the state AARP, Friends of Residents in Long Term Care and the North Carolina Senior Tar Heel Legislature realize that Republicans won both houses of the legislature and the governor’s office last year by promising to limit the growth of government. And social programs such as those that help older people have often been targets when budget-cutting time comes.

Goals such as reducing the use of heavy-duty medications in Alzheimer’s care aren’t solely the state’s job, but involve a collaboration of long-term care homes and the federal Centers for Medicare and Medicaid. Federal guidelines call for “consistent staff assignments, increased exercise or time outdoors, monitoring and managing acute and chronic pain, and planning individualized activities” as alternatives to modifying residents’ behavior with drugs.

“Psychotropic meds are being used to manage behavior problems in adults with dementia,” said Gail Holden, a former Wake County social services manager and interim director of Friends of Residents in Long-Term Care. “They are drugging them to calm them down.

“It’s inappropriate, especially if you don’t have a diagnosis that would support the use of a psychotropic medication. (Facilities) need to learn to manage behavior.”

Carmelita Karhoff, a state ombudsman in Durham County, said research shows that techniques such as playing music for people with dementia can in some cases dispel or reduce the need for drug therapy.

“The neuroscience folks have really looked at this,” she said.

Another legislative goal for advocacy groups involves beefed-up background checks for people who work in long-term care homes. Current law calls for background checks but doesn’t prevent facilities from hiring people with a criminal background when other factors are considered. But advocates say some crimes should rule out job seekers entirely.

“It’s violent crimes — rape murder, abuse — that would wave automatic red flags, and other things would need to be considered individually,” Holden said. “There are a lot of people who work in adult care homes with criminal records.”

AARP and the senior legislature both support increased funding for state Home and Community Care Block Grants, which pay counties for a variety of services that help older people live independently.

“We are rapidly falling behind providing needed services given the stagnant current funding levels,” leaders of the senior legislature said in a statement.

The numbers of people on waiting lists for block grant services — including Meals and Wheels and in-home care — have been far in excess of 10,000 for years, state aging officials said.