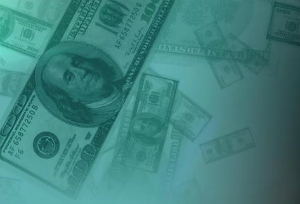 Baby Boomers, forget about retirement. We'll be working for the rest of our lives.

OK, that may be an exaggeration, but not by much.

We have not saved enough money. And worse, many of us will still be up to our eyeballs in debt when we do retire. We're just one medical emergency away from bankruptcy.

According to Boomers and Retirement, a new survey by TD Ameritrade, the average Baby Boomer is about a half-million dollars short on retirement savings.

And 74% of Boomers in the survey say they will have to rely heavily on Social Security in retirement. (The average Social Security check, by the way, is $1,230 a month.)

USA TODAY reported just last week that more people are delaying retirement and continuing to work past 65 mostly because they need the money. According to 2010 Census data, the share of workers 65 and older in the labor force rose to 16%, up from 12% in 1990.

"We will have to work a lot longer and get by with less," says Olivia Mitchell, professor of economics and executive director of Pension Research Council at Wharton School of Business.

"It's just getting a lot more expensive to be old than it used to be," she says.

The National Foundation for Credit Counseling (NFCC), which helps people who are having trouble paying their bills, says one-third of its 3 million clients nationwide last year were 55 or older, up 7 percentage points in two years. Nearly 15% are over 65. That's scary.

"That is a point in life when most folks thought debt would be the last thing on their minds," says Gail Cunningham, NFCC vice president.

Even more troubling: Nearly a third of the NFCC clients who file for bankruptcy are 50 and older. "In their golden years they are filing for bankruptcy," Cunningham says. "That is very disturbing."

American Consumer Credit Counseling, which says 25% of its clients are 55 and older, paints a similar picture. Seniors are going into retirement still carrying debt, including mortgages, credit card debt and student loan debt. They are depleting their savings and retirement accounts just to make ends meet.

"Seniors are not able to retire when they are eligible to retire because they can't afford to make ends meet," says Katie Ross, education and development manger at ACCC. "They are still paying student loan debt off for their family members."

Other troubling signs of a crisis to come:

• Most workers in a survey by the Employee Benefit Research Institute say they have virtually no savings or investments. And 37% of those surveyed in the 2012 Retirement Confidence Survey think they will have to wait until after age 65 to retire.

• 34% of older Americans used credit cards to pay for basic living expenses, such as mortgage payments, groceries and utilities, according to research conducted AARP. As a result, they had average credit card debt of about $8,248. About half of the people over 50 in the survey were called by debt collectors, the study says.

• New data from EBRI show debt has actually increased for retirees 75 and older, including housing debt. Craig Copeland, senior research associate, says it's not clear why, but it may be because of health care costs.

This is certainly not what Baby Boomers expected.

"You would expect more people to incur more debt early in life, rather than later," Mitchell says. "That's when you might not have a lot of money, you have student loans, a family and a mortgage payment," she says. "The idea was that you would pay off your house as you grow older. You would pay off credit cards when you hit peak earnings years, and when you moved into retirement you would do it mortgage-free and debt-free."

But that changed in a dramatic fashion, partly because of the financial meltdown and housing crisis. Many people thought they had savings in the equity in their homes. People refinanced, took out home-equity loans and spent.

"The deflating of the housing bubble meant Boomers were hitting retirement age with less in assets than they expected," Mitchell says. "That was a cold bath of water."

So, how can we get out of this mess?

We can turn more to financial planners and consumer organizations for help in retirement planning. But, at this point, there are no easy answers.

"Some people may have to take on a part-time job," says EBRI's Copeland. "They may have to alter what they thought they could do. They certainly aren't going to be able to take a lot of vacations."

"One possible answer is they just shouldn't retire," she says. "They should just wait. If you claim Social Security benefits at 70, instead of 62, your benefits are 70% higher. Some people can't (put off retirement). But many people can do it, and you should plan to do that."