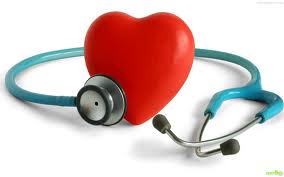 Even mild erection problems could be flagging up hidden heart disease in men, experts claim.

They might also be a warning of possible premature death, a study has shown.

Affected men aged 45 and over with no previous history of heart conditions face an increased risk of heart attacks, heart failure and arterial disease, researchers found.

Severe erectile dysfunction (ED) almost doubled the risk of premature death from any cause.

Impotency is very common among middle aged and older men.

Previous research has shown that around one in five men aged 40 and over reports moderate to severe erectile dysfunction.

A link between ED and heart disease is well known, but the research showed that even in apparently healthy men, slight or moderate erection problems could signal trouble ahead.

One expert commenting on the findings said men experiencing any degree of erectile dysfunction should seek urgent medical help.

Study leader Professor Emily Banks, from the Sax Institute in Sydney, said: "The risks of future heart disease and premature death increased steadily with severity of erectile dysfunction ... in men with and without a history of cardiovascular disease.

"Rather than causing heart disease, erectile dysfunction is more likely to be a symptom or signal of underlying 'silent' heart disease and could in future become a useful marker to help doctors predict the risk of a cardiovascular problem.

"This is a sensitive topic but men shouldn't suffer in silence; there are many effective treatments, both for erectile dysfunction and for cardiovascular disease."

The research, from the Australian "45 and Up" study of ageing and health, is reported today in the online journal Public Library of Science Medicine.

Scientists looked at death rates among the participants and the number of hospital admissions for various heart and artery conditions over a period of two to three years.

During this time they recorded almost 8,000 admissions and 2,304 deaths.

Even among men with no previous record of heart disease, increasing severity of erectile dysfunction led to sharp rises in the risk of being hospitalised.

Mild erectile dysfunction was associated with a very small 0.08% increased chance of an admission for ischaemic heart disease, a condition caused by blocked arteries. But this rose to a 37% higher risk for men with moderate ED and 60% for those severely affected.

Erectile problems had a major impact on heart failure admission rates, boosting them five-fold even for mild and moderate conditions.

Moderate ED increased the risk of admission for peripheral vascular disease, affecting arteries other than those serving the heart or brain, by 22%, and severe ED by 92%.

Compared with problem-free individuals, a man's risk of dying was raised 21% by mild ED, 24% by moderate ED, and 93% by severe ED.

Dr Rob Grenfell, from the Australian Heart Foundation which funded the study, said: "These results tell us that every man who is suffering from any degree of erectile dysfunction should be seeking medical assistance as early as possible, and also insisting on a heart health check by their GP at the same time."

The scientists said ED could serve as a useful marker to identify men who should undergo tests to assess their risk of cardiovascular disease.