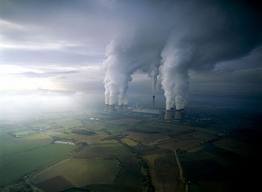 Researchers at the Stockholm Environment Institute at the University of York and Simon Fraser University's Gerontology Research Centre in Canada are calling for better awareness among policy makers and the public of the impact climate change and deteriorating environmental quality will have on an ageing population.

According to UN projections, by 2050, nearly 25% of the global population will be aged 55 or over. An ageing population and environmental change are two key policy challenges which need to be addressed to ensure a safe, secure, equitable and sustainable future. But international policy makers have given little attention to the effects global environmental change will have on older people.

Awareness of the effects of climate change

A new report from an international consortium led by the Stockholm Environment Institute (SEI) at the University of York and Simon Fraser University's Gerontology Research Centre, and including the Community Service Volunteers' Retired and Senior Volunteer Programme (RSVP), highlights the need to raise awareness of the effects of a changing environment on older people across the world.

Dr Gary Haq, of SEI, said: "Our study shows that older people are particularly vulnerable to environmental change – but awareness among policy makers and older people is lagging behind. There is an urgent need for policy makers to better understand the interaction between global ageing and the environment to prevent and minimise disproportionate negative impacts on older people."

The results of a pilot international survey of older people's attitudes suggest they are concerned about the environment, the threat of climate change and energy and water security. They are pessimistic about the state of the planet that future generations will inherit believing environmental challenges will have grown significantly by 2050.

Professor Gloria Gutman, Research Associate at Simon Fraser University's Gerontology Research Centre said: "Older people themselves, and especially those with chronic illnesses, need to recognise that environmental change can affect them personally. Data from around the world show that weather-related disasters kill older people at a disproportionate rate."

Three areas where action should be taken

1. Reduce the environmental footprint of the ageing population by promoting greener attitudes and behaviour and individual lifestyle choices. For example, ensuring homes are well-insulated which can also save on fuel bills or using more fuel-efficient cars or public transport. This could be done with targeted engagement of older people and providing appropriate infrastructure and incentives.

2. Protect older people from environmental change by adopting policies that reduce their environmental vulnerability. In developing countries, lack of basic infrastructure such as clean water and sanitation, health and social care combined with poverty and malnutrition make them vulnerable to environmental threats.

The report underlines the need for more evidence-based research towards a better understanding of the unique geographical and socio-economic factors affecting interaction between older people and environmental change.

It calls for policies to be 'age proofed' so they support older people throughout their lives as well as harnessing the contribution they can make to addressing environmental threats and reducing their vulnerability.