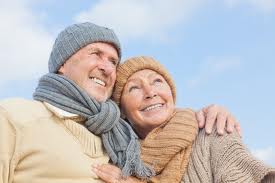 Married people are less prone to heart attacks than singletons and more likely to recover if stricken, according to a Finnish study published Thursday.

Just over half of the patients died within 28 days of the attacks. The team found that unmarried men in all age groups were 58-66 per cent more likely to suffer a heart attack than married ones.

For women the nuptial benefit was even greater -- single women were 60 to 65 per cent more likely to suffer acute coronary events, the Finnish researchers wrote in the European Journal of Preventive Cardiology.

Unmarried men were 60-168 per cent and unmarried women 71-175 per cent more likely to die of a heart attack within 28 days, compared to their unhitched counterparts.

"Single living and/or being unmarried increases the risk of having a heart attack and worsens its prognosis both in men and women regardless of age," the team wrote.

"Most of the excess mortality appears already before the hospital admission and seems not to relate to differences in treatment." Speculating on the reasons, the team said married people may have a higher, combined income, healthier habits and a bigger support network.

"It may be assumed that resuscitation or calling for help was initiated faster and more often among those married or cohabiting," said the authors.

They could also not discount the psychological effects of marital bliss.

"Unmarried people have been found to be more likely depressed and according to previous studies depression seems to have an adverse effect on cardiovascular mortality rates," lead author Aino Lammintausta from the Turku University Hospital told AFP.

Previous studies on the health benefits of matrimony often had sketchy data on women and older people, the researchers said. The new study showed that marriage protected women even more than men from out-of-hospital heart attack death.

The study included people from different race groups and social backgrounds and the findings "can roughly be thought to be applicable in other western countries," said Lammintausta.