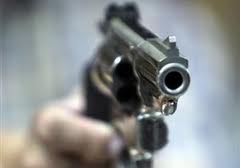 In the wake of the school massacre in Newtown, Conn., President Barack Obama proposed a package that includes banning assault weapons, requiring background checks on all firearms purchases and limiting ammunition magazines to 10 rounds.

Those proposed changes have resulted in an upsurge of people wanting to arm themselves, officials say.

But the numbers tell the story.

In January, the Howard County Sheriff’s Department processed 151 handgun permits compared to 34 last January. In Miami County, the request for permits surged from 40 in November to 108 in December.

Rogers said he wasn’t sure if the increase is due to the recent mass shootings across the country, or people just afraid Obama is going to take away their guns.

“I think we all jump to that conclusion, but I’m not sure of the reason,” he said.

Applications are made through local police departments with permits issued by the state.

In Indiana, people can apply for an unlimited license, which is what a person needs to carry a handgun for the purpose of protection of life and property, for $30 for a four-year license.

People must provide fingerprints, fill out one-page application that includes personal information such as height, weight, race, hair and eye color, and reason for carrying.

“Since the [Connecticut school] shooting, we’ve seen a big increase,” said Kristi Hodupp, an administrative assistant at the sheriff’s department.

And when it comes to who’s seeking permits, it’s a variety of people.

“We’ve seen a lot of housewives and older people apply for permits,” she said. “We had an 83-year-old woman recently apply for a lifetime permit.”

Maj. Brian Seldon of the Kokomo Police Department said the numbers of gun permits have more than doubled in recent months compared to last year.

“We have seen an increase in people applying for gun permits and we expect that to continue,” he said.

“We literally had people waiting at the doors in the mornings sometimes to get their permits,” he said.

Officials said personal safety was the most prevalent reason applicants said they wanted to carry a firearm.

“Most said they were afraid,” Hodupp said.

Miller said he wasn’t surprised by the deluge of requests for gun permits after the Newtown massacre, and said he understands why people want to carry a weapon.

“The world is a different today than it was 20 years ago, and unfortunately we have to take some extra precautions to protect our families and properties,” he said.

But it’s not just gun permits on the rise — guns sales have also soared in the last two months.

“I’ve never seen this kind of frenzy buying,” he said, showing his half-empty case of handguns.

When a person comes in looking for a gun, however, Ahnert encourages them to take gun safety classes to get better acclimated to a firearm.

“There’s been a lot of new faces,” he said of customers. “At least people are practicing. People are trying to learn.”

Rogers said he has only had a few instances where he’s written a letter to the state revoking someone’s permit, and that usually is related to a domestic situation or for mental health reasons.

He said it’s not the law abiding person who has a permit that troubles police — it’s the ones who illegally obtain handguns.

“We don’t have any problem with the people who have a permit,” Rogers said.

Miller agreed, saying “If people are getting permits, I appreciate that they’re doing it lawfully.”

By Mike Fletcher and Carson Gerber