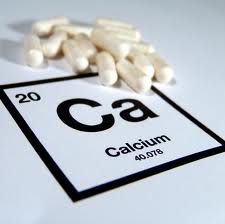 In study, men who were consuming more than 1,000 milligrams a day of calcium from supplements at the beginning of the 12-year study had an increased risk of death from heart disease at the end of the study.

Guys, take note: Popping large amounts of calcium supplements may be harmful to your heart.

Research out today shows that a high intake of calcium from supplements is correlated with an increased risk of death from heart disease, such as heart attacks, for men, but not for women. This does not apply to calcium-rich foods.

Researchers with the National Cancer Institute and several other large research establishments reviewed data on more than 388,000 people, ages 50 to 71, who were part of a diet and health study in six states and two metropolitan areas from 1995 to 1996. The participants were followed for 12 years.

Compared with non-users, men who were consuming more than 1,000 milligrams a day of calcium from supplements at the beginning of the study had an increased risk of death from heart disease by the end of the study, according to findings published online in JAMA Internal Medicine.

"In this large, prospective study we found that supplemental but not dietary calcium intake was associated with an increased cardiovascular disease mortality in men but not in women," the authors write in the paper.

"Our study is based on observation — it is not designed to determine cause and effect," says the study's lead author Qian Xiao of the National Cancer Institute.

"Although we observed an increased risk of death from heart disease in men, we cannot say for sure that it was a result of using supplements containing calcium," she says. "We need more studies to clarify this possible relationship and the underlying mechanisms."

The study only assessed calcium supplementation at the start of the study, so researchers don't know how long participants used them. "However, the large size of our study, and the long-term follow-up, allowed us to investigate the relationship between calcium intake and cardiovascular death, while being able to control for other factors," Xiao says.

Taylor Wallace, senior director of scientific and regulatory affairs for the Council for Responsible Nutrition, an industry group, questions the methodology of the study and says it "conflicts with the majority of well-established evidence on the safety and benefits of calcium supplementation. Calcium supplements are beneficial to bone health and pose no risk to cardiovascular health."

Endocrinologist Bess Dawson-Hughes, director of the Bone Metabolism Laboratory at the USDA's Human Nutrition Research Center on Aging at Tufts University in Boston, says the take-home message for the public is there may be risks to taking high doses of calcium.

"But there is nothing suggesting risks from consuming calcium from food sources, so we should try to the greatest extent possible to reach the recommended intake of calcium from foods — 700 to 1,300 milligrams, depending on ages and gender," she says.

To get this amount of calcium in food, children and adults would need to consume about three servings a day of calcium-rich foods such as dairy foods (low-fat milk, non-fat milk, low-fat yogurt) or fortified orange juice. Use supplements only in amounts needed to help meet your calcium goal, she says.

Cardiologist Gina Lundberg, an assistant professor of medicine at Emory University in Atlanta, says she's going to tell her patients "to avoid calcium supplements and eat foods high in calcium such as skim milk and Greek yogurt."

Here are the current recommendations for calcium intake based on age group, in milligrams per day:

To get this amount of calcium in food, children and adults would need to consume about three servings a day of calcium-rich foods, such as low-fat milk, yogurt or fortified orange juice. Teens need four servings. A cup of milk has about 300 milligrams of calcium.