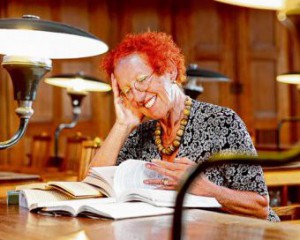 SECOND OPINION: According to an African proverb, the best time to plant a tree is 20 years ago: the second-best time is today. This neatly describes the best approach to tackle a common challenge of later life, the pernicious perception of being “too old” for certain activities, whether leisure, romance or education.

This may be based on a feeling that we are less flexible with change or amenable to new opportunities with advancing age.

This fallacy was neatly spiked by an elegant study carried out on Germans over the age of 90 after the fall of the Berlin Wall. Up to that point, nonagenarians living in East Germany had poorer life expectancy than those living in the West. Within a few years of exposure to the West German pension, health and support system, there was a striking improvement with gradual attainment of West German longevity levels. So, even at this advanced age, we retain what scientists call “plasticity”: the ability to adapt and grow.

How to translate this to everyday life may not be immediately apparent for those at retirement age and beyond.

The growth in Ireland of a remarkable international movement, the University of the Third Age (often shortened to U3A) looks poised to act as a shining example of how older people themselves can provide a focus for personal growth and education in later life.

In French, the phrase La Troisième Âge has long been used to describe old age, so it will come as no surprise to learn that the U3A originated in Toulouse.

Founded in 1972 by Pierre Vellas, a professor of law, with the education and stimulation of retired people as its core aim, the initiative uncovered a great appetite for learning for which there had been no matching supply up to that point.

Over the next 40 years the movement has developed rapidly in many parts of the world, but generally in one of two very different styles.

In France and much of continental Europe it is largely associated with universities. For the Anglophone world, the structure generally stands outside of universities, organised as a collective enterprise by the members.

How it develops in Ireland presents an opportunity for an innovative partnership between older people and our academic institutions that could provide a fresh model for U3A elsewhere.

The benefit of the collective approach in the UK is the direct linkage to the wishes of the older people, as well as unlocking the rich life experiences of the members as a learning resource.

University-based programmes have access to rich educational resources but may overly direct the educational programme, with an overly academic tone.

Ever an eclectic and subversive race, we in Ireland have the opportunity to shun an “either/or” choice, and develop a U3A model which combines a collective approach of leadership by older people with a close and mutually respectful relationship with interested higher educational institutions.

Age Action currently provides support and liaison to U3A Ireland, and first indications are promising: two of the universities with which I am involved are liaising actively with elements of the Irish U3A movement.

In a small country, we also have an opportunity to liaise with other groups whose activities have learning and education elements, such as Active Retirement Ireland and Probus (should they so wish), to shape a template which reflects the potential, needs and opportunities of life-long learning for older Irish people.

From my own perspective, I am looking forward to dipping my toe in the water for the first time, giving a talk to the U3A in Baldoyle next week. If you are at retirement age, or know someone else who is, I strongly recommend looking up your local U3A.

Although some may be apprehensive of the word “university” in the title, all who attend are usually disarmed, and for the many older people who grew up at a time when circumstances and opportunity did not permit a formal third-level education, there is an almost poetic closure in the title.