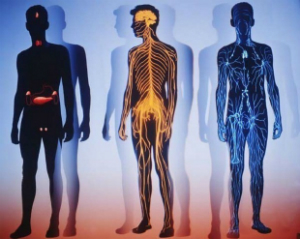 The most amazing and phenomenal creature in our world is, without a doubt, a human! The human body is sometimes called an ideal biochemical mechanism; it has secrets of the universe hidden in it, as well as outstanding opportunities and resources. It is a miracle from the scientific point of view. Yet a human being is much more than just a mechanism. Human behaviours are run by imagination, curiosity, ingenuity and creativity. No other creature on our planet has a similar range of abilities.

But do we appreciate our unique abilities? How well do we know ourselves?

We would like to present you 20 interesting facts about the human being:

1. Children are born with a greater number of bones than adults. In the babies' skeleton, more than 300 bones can be found. Then, some of them coalesce and a mature person has on the average only 206 bones. Moreover, almost half of all human bones are found in the wrists and feet. But there is something that infants do not have - the knee cups. They appear at the age from 2 to 6.

2. The human ears and nose grow throughout its life. But our eyes are the same size from birth until the end of life. In the presence of good sight, the diameter of an eyeball is approximately the same for all people and is about 24 mm with the weight of 7.5 grams. A human eye is able to distinguish around 10,000,000 shades of colour. A funny fact: it's not possible to sneeze with your eyes wide open.

3. The weight of a human heart is 1/200 of the body weight and its size equals the size of a fist. Metabolism processes in cardiac muscles are 10-20 times quicker than in any other human organ. The average number of human heartbeats is 36800000 per year. A full blood circulation in the body of an adult occurs every 20th -28th second, in a child's body every 15th second, in the teenager's - every 18th second. The heart provides blood for almost all 75 trillion cells of the body. There is only no blood supply to the cornea of an eye.

5. Lung ventilation (number of breaths multiplied by the volume of expired air) of a healthy person reaches 5-9 litres per minute. The amount of carbon dioxide in expired air is 100 times greater than in the atmosphere. The overall area of alveoli (lung bulbs) is 150 square meters. It is 75 times bigger than the body area. People unlike animals can not breathe and swallow simultaneously. Only new-born infants are able to do so, but they get rid of this ability at the age of about 9 months.

6. There are around 100 glands per each square millimetre of human stomach mucosa that produce digestive juice. They are arranged very closely to each other. Human gastric juice contains 0, 4 % of hydrochloric acid (HCL). Mixed food stays in the stomach of an adult approximately 6 hours. Every 2 weeks our stomach has to re-produce a new inner membrane, otherwise it will digest itself. On the average, a person spends 5 years of his life eating.

7. At the moment of birth, there are 14 billion cells in the human brain. After 25 years, this number decreases at the rate of 100 thousand cells per day. The brain uses one-quarter of all the oxygen available, and the mass fraction of water in the human body is around 80%. In the human brain, there are formations with the following names: "water supply", "beak and knee of corpus callosum", "a cerebellum", "head of tailed core", "bridle of upper brain sail" and even "toes of sea ridge". The pituitary gland is connected to the brain by 100 thousand nerve fibers. In the human body, nerve impulses move at the speed of approximately 90 meters per second.

8. The total weight of bacteria living in the human body is around 2 kilograms, with about half of them being found in the gut. The number of cells of these bacteria is by an order of magnitude greater than the number of cells in the human body. There are over 40 000 bacteria in the mouth of a man. There are more living organisms on the body surface of a person than people on the planet Earth. Human body consists of 10 trillion cells, but the amount of bacterial cells in our body is 10 times greater. Bacteria living in the human body are mainly friendly, meaning they do not cause any harm; moreover, without some of them a normal human life would be impossible.

9. There are 100-160 billion capillaries in the human body. If one could put them in a line, then its length would be 60-80 thousand kilometres, which is two times longer than the Earth's equator. The total length of all the vessels is about 100 thousand kilometres. Large arteries can withstand pressure of 20 atmospheres.

10. The heaviest human organ is skin. The skin of an adult weighs 2.7 kg. The skin surface is on the average about 2 square meters. The total number of thermoreceptors in human skin is nearly 280 thousand, of which only 30 thousand can perceive warmth and the rest of them cold. There are 100 pain spots on a square centimetre of skin and their total number on the skin surface is around 1 million. The smallest number of pain receptors is in and around cheeks. Even unborn children have their own unique fingerprints; they appear on the child's fingers during the 3rd month of intrauterine growth. Apart from unique fingerprints there is also a unique tongueprint. Within a life-cycle, human skin changes about 1000 times.

11. The total number of human muscles is more than 600. The smallest muscle in the human body is found in the middle ear. Its function is to support one of the tiny bones inside your ear, which is called the stirrup; its size is about a millimetre. The human face consists of 10 different groups of muscles.  In order to smile, an interaction of 17 muscles is needed, but to scowl - 43. The human tongue is the only muscle attached only at one end. The strongest human muscle is the chewing one, owing to which we have an opportunity to chew food. The mandibular muscles can apply a pressure of 72 kg.

12. The hardest human part is tooth enamel. Its hardness can be compared with quartz. But teeth, unfortunately, are the only part of the human body deprived  the ability of selfregeneration.

13. Notwithstanding the traditional thought, a man possesses more than five senses. Among the main senses, well known to everyone, are sight, hearing, taste, smell and touch. In addition to these five, the sixth one is often added - intuition, i.e. ability to predict a particular situation. Apart from these senses there are also:

thermoception or ability to perceive the rate of heat or cold. This additional sense is provided by heat sensors located in our skin.

Nociception is an ability to feel pain through skin or body organs.

Proprioception is the sense of perception of your own body. This sense allows us to know the relative position of our body parts at a particular moment, even though they can not be seen or felt.

Equilibrioception - the sense of balance, for which cavities with liquid in our inner ear are responsible.

There are also such internal human senses as abilities to feel hunger, thirst, fatigue, time, and so on.

14. The ear of a healthy person is able to perceive sounds, which amplitude of air oscillations in the eardrum is less than the diameter of an atom. The ear converts sounds into electrical impulses, which are passed to the brain then. There, the information is processed; as result we can tell people by their voice timbre, as well as determine the source of a sound. There are about 25 000 cells in the inner ear, which respond to sound. Frequency range that can be heard is between 16 and 20000 Hertz. Altogether, people can distinguish about 3-4 thousand sounds of different height. We can perceive a sound after 35-175 milliseconds from the moment it reached our ear. A man and animals need ears not only for hearing. There is also an organ in the inner ear, which is responsible for body balancing.

15. The human body has no areas, where there would be no protein. Protein constitutes around 1/5 of the total mass of blood and muscle fibres, and 1/12 of our brain. Even 1/100 of dental enamel is protein. In different organs, protein constitutes up to 45-85% of dry matter. Half of all the protein in our body is replaced within 180 days and in liver within 17 -20 days.

16. A human hair is 5000 times thicker than the membrane of a soap bubble, 5 times thicker than a capillary, 12 times thicker than an alveoli wall and 20 times than a spider's web. But it is so strong that can hold a three-kilogram load. A human hair lives from 4 months up to 4 years. The average lifespan of a hair is 18 months. During the day women lose on the average about 70 hairs, men - only 40. Hair on the scalp grows at a rate of approximately 12, 5 cm per year, but men's beard - 20% faster. The total length of hair growing on the head throughout our life is about 725 meters. The average amount of hair on the head is: for blonds - 140 thousand, for brunets - 102 thousand, for brown-haired - 109 thousand, for red-haired - 88 thousand. The total amount of body hair apart from that on the head is around 20 thousand.

17. A person will never laugh if tickling himself. The cerebellum prevents it, as it deals with those kinds of feelings provoked by our own body movements, by sending to other areas of the brain requests to ignore these feelings. The only exception to this rule can be titillating your palate. The feeling of being tickled can be blocked. To do so we only need to put our hands on the hands of the person that is tickling. Thus, you make the same movements, as the person that is tickling you, making the brain think that it is you, who touches the body.

18. The human body contains, on the average, enough fat to make 7 bars of soap. There are two types of fat cells - white and brown. The white fat cells are associated with obesity and excess weight, while the brown ones actively help your body to compensate for the deficiency of energy by burning calories. Scientists have found out that physical exercises help produce the hormone Irisin, which forces white fat to become brown, as well as increases body sensitivity to glucose. According to the statistics, people with a little weight excess live longer than those with normal weight.

19. The whole human race has DNA, which is by 99,9 % identical. The human DNA consists of about 80 000 genes. Not all the DNA in our chromosomes comes from our ancestors. Our DNA includes genes of at least eight retroviruses. These viral genes perform important functions during human reproduction, although they are completely alien to our genetic inheritance. DNA of a human cell fits in a nucleus, which is 0.005 mm in diameter. But if we completely unroll a DNA spiral, the length will be about two meters. The length of all DNA spirals of a human body is equal to the distance from the Earth to the sun multiplied by 40.

20. The human body consists of atoms that never touch each other. The closer they approach each other, the stronger is the repulsive force between electric charges of their components. Despite of the huge number of atoms in our body, a person could be squeezed in a small volume without this emptiness around them; we could be put in a cube, which side equals 1/500 of a centimetre. In fact, you do not touch a chair when sitting on it. You are suspended at a certain distance from it, being supported by repulsive force of atoms.