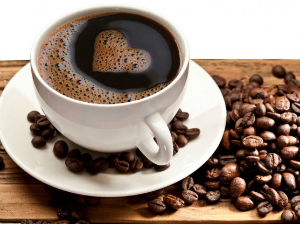 In addition to tasting great and keeping you alert, that morning cup of coffee just might be good for your liver.

According to a new study in the journal Hepatology, increased caffeine consumption could reduce fatty liver in people with non-alcoholic fatty liver disease (NAFLD), a condition found in 70 per cent of people diagnosed with diabetes. The only current treatments for NAFLD are diet and exercise.

Using cell cultures, study authors from National University of Singapore and Duke University found that caffeine stimulates the breakdown of lipids stored in liver cells and lowers the fatty liver of mice that were given a high-fat diet. The findings indicate that drinking four cups of coffee or tea a day may be beneficial in guarding against the progression of NAFLD in humans, the researchers said.

“This is the first detailed study of the mechanism for caffeine action on lipids in liver and the results are very interesting,” said study author Paul Yen from Duke-NUS Graduate Medical School’s Cardiovascular and Metabolic Disorders Program in Singapore. “Coffee and tea are so commonly consumed and the notion that they may be therapeutic, especially since they have a reputation for being “bad” for health, is especially enlightening.”

The researchers noted that caffeine-like drugs could be developed to provide the desired effect on the liver, but without the usual side effects related to caffeine. They added that caffeine could have other unknown benefits that could be explored by future research.

While the NUS-Duke study suggested four cups of coffee per day could offer benefits, a study published last week in Mayo Clinic Proceedings found that more than 28 cups per week – or four cups a day – is associated with an increased mortality rate.

“This result is surprising, ”Rob van Dam, an epidemiologist at the Harvard School of Public Health, told NPR, “because results from other cohort studies in US men and women suggest that coffee consumption is associated with a slightly lower risk of premature mortality.”

“The older people, over 55, were not affected by these high amounts of coffee,” said co-author Dr. Chip Lavie, a cardiologist at the John Ochsner Heart and Vascular Institute in New Orleans.

The study included over 40,000 people who were enrolled in a long-term study conducted between 1971 and 2002. The researchers tracked patients for an average of 17 years, but were only asked about their coffee consumption once. The study may not have compensated enough for the mortality risks associated with smoking, van Dam said, since coffee consumption and smoking were heavily linked in the 1970s and 1980s – when the study began.

The Harvard epidemiologist suggested that coffee drinkers should simply listen to their bodies to determine if they are taking in too much caffeine.

“If people think they experience detrimental symptoms related to too much caffeine, such as difficulty sleeping or nervousness,” van Dam said, “they should try reducing their intake.”