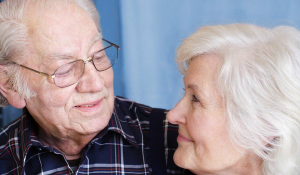 Scientific studies have uncovered the secrets of living longer -- and a good sex life, eating chocolate and positive thinking are all in there.

In fact, those who indulge in life's little pleasures are shown to outlive miserable abstainers in any number of studies.

But living as long as possible is, according to one piece of research, also dependent on making healthy choices and by adopting just four healthy behaviors -- regular exercise, not smoking, avoiding alcohol abuse and eating five portions of fruit and vegetables a day -- you could add 14 years on to your life.

Research has also shown that a healthy weight, religion and staying out of debt are all other all ways of ensuring you have a long, happy life.

Here we have put together a list of 10 steps you can take to prolong your life, although women be warned ... while marriage can add as much as 10 years to a man's life, the stress of living with a man has been shown to take years off a woman's life.

Have a Good Sex Life 2.5 years

There is plenty of evidence to suggest that lots of sex is good for you. Research from Bristol University proved that men who have frequent orgasms live longer, while a University of California study reckoned a great sex life could add up to two years on your life. Men who have sex less than once a month had twice the risk of an early death than those who had sex twice or more a week.

There have been plenty of reports in recent years which suggest that dark chocolate is good for the heart, thanks to the high level of antioxidants in the stuff, especially in chocolate which contains more than 70 percent cocoa.

A Harvard University study showed that people who ate between one to three bars a month had a 36 percent lower risk of premature death than those who didn't indulge.

Unsurprisingly, experts are not suggesting that anyone abuses alcohol, but having regular small glasses of wine can help extend your life. A study from the Dutch Wageningen University shows that half a glass of wine a day could add four years to a man's life as it helps prevent blood clots and promote good cholesterol.

Be Happy10 years (at least)

Being happy can have a huge impact on your life span, as one study of nuns at the University of Kentucky showed, where those who were happy lived at least a decade longer than those who were sad.

The trick is to find happiness in everything you do, live for the moment and relish the small pleasures of life.

It is no surprise that being overweight can be detrimental to your health, but scientists at Oxford University discovered that people who are obese at the age of 40 died on average seven years earlier.

We all know the importance of a healthy diet, but experts at Erasmus University have come up with a eating plan that they say could cut heart disease by up 76 percent. Key ingredients include dark chocolate, almonds, fruit, vegetables, garlic and wine. It also advises eating fish four times a week.

Moderate exercise is good for the heart, there is no getting around the fact, and scientists at the Erasmus University in the Netherlands have proved that it can extend life by up to 3.7 years. And as moderate exercise also helps stop people from gaining weight, it can be considered one of the best healthy habits to adopt.

It may sound a little happy clappy, but having a positive attitude not only improves your daily life, it can add as much as 7.5 years on to it.

Get Married 10 years for men

Married men are likely to live at least 10 years longer than those who are not married.

Women, however, according to Chicago University, only get an extra four years added to their life.

One theory is that men who get married tend to have a healthier lifestyle, while women can benefit from the greater financial security it brings. Although one Swiss study suggests that being married can shorten a woman's life thanks to the stress and strain of living with a man.