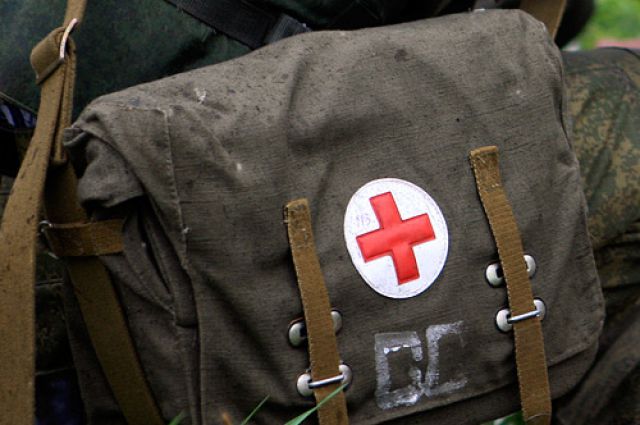 Advisor to the President: 16 doctors killed and 60 others wounded in the ATO area

A total of 16 health workers have been murdered and 60 others wounded in the course of the Anti-Terrorist Operation in Donbass, Chairman of the Verkhovna Rada Committee on Health, and Advisor to the President Olga Bohomolets announced on Tuesday at a meeting of the Health, as reported by an UNIAN reporter.

"As of today, 16 of our colleagues have been killed, while 60 others have sustained wounds," she said.

As reported earlier, according to the UN, more than 6,400 people have been killed and 15,962 others wounded in Donbass in eastern Ukraine since hostilities broke out there in mid-April last year.

The rebel activity decreased in the ATO area at the day time on June 1 and 2, but then sharply increased in the evening and at night, the founder of the Information Resistance Group, Dmytro Tymchuk, posted on Facebook on the morning of April 2.

"In the Mariupol direction, rebels fired 82- and 120-mm mortars, machine-guns and artillery during the whole day yesterday," he said.

"The settlement of Shyrokine and high points to the west of the settlement as well as positions of Ukrainian troops near Pavlopol came under fire. A mobile mortar battery was spotted near Granitne (equipped with 82-mm mortars), which carried out two attacks on forward positions of ATO troops," Tymchuk reports.

General Staff: 8 service members wounded in the ATO area in the past 24 hours

8 Ukrainian service members were wounded in the area of the anti-terrorist operation in the past 24 hours, a spokesman for the Ukrainian National Security and Defence Council, Andriy Lysenko, reported at a briefing on Tuesday.

According to the ATO spokesman, fierce battles raged on Monday in the Mariupol direction in the village of Shyrokine. The most difficult situation remains in the Donetsk direction.

However, the ceasefire was mainly observed in the Lugansk direction. No cases of rebel shelling with heavy armaments were recorded there.