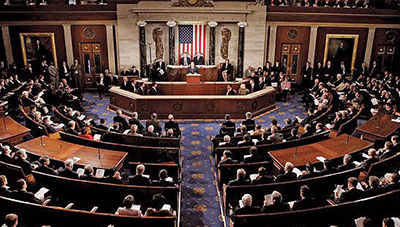 U.S. Senator Rob Portman (R-Ohio), co-chair of the Senate Ukraine Caucus, announced that he has filed two amendments to the National Defence Authorization Act (NDAA) for Fiscal Year 2016 to help Ukraine as they continue to face Russian aggression.

The first amendment authorizes funds to provide a number of critical capabilities the Ukrainians need to defend themselves, including real-time intelligence, counter-artillery radars, defensive lethal assistance, UAVs, secure communications, and training to develop key combat, planning, and support capabilities. The amendment requires that at least $60 million be used on the most important capabilities the Ukrainians need and have requested: real-time intelligence, defensive lethal assistance, and counter-artillery radars.

“Ukraine has reached a pivotal moment,” Portman stated.  “The Ukrainian people have made incredible sacrifices in the hopes of securing a democratic future for their country.  However, sustained economic, political, and military support from the United States and NATO is absolutely crucial to ensuring that their vision comes to fruition.

“I’m pleased to offer these amendments and will continue to push for steadfast support of the Ukrainian people during this critical time.”

and a group of Kadyrov fighters to Telmanove

A continual flow of rebel military vehicles has been observed on the Northern route, Dmytro Tymchuk, the founder of the Information Resistance Group reports.

Also, supplies, ammunition and fuel were shipped through Krasny Luch and Bakhmutka in the direction of Alchevsk, Perevalsk and farther to Stakhanov, Bryanka, Donetske and Zholobky. The major artery to Lugansk through Krasnodon was very busy in both directions in the past 24 hours, he posted.

"Transportations using the Southern route" (mainly in the interests of PRD) through Amvrosiivka to Starobeshevo, Shakhtarsk and Khartsyzk give rebels an opportunity to virtually supply all sectors of the occupied territory from Gorlovka to Telmanove," Tymchuk added.

After the unsuccessful offensive of June 3, Donbass rebels showed a high level of activity fiercely attacking ATO forces over the past 24 hours with heavy military hardware and weapons banned by the Minsk agreement, the founder of the Information Resistance group, Dmytro Tymchuk reports.

Militants have stepped up sabotage and reconnaissance activities with armed clashes reported across the whole region.

Pisky and Avdiyivka were attacked with machine-guns, heavy machine guns, and mortars. Several rebel tanks bombarded positions of ATO troops to the north of Avdiyivka from their masked positions.

In the Artemivsk direction, a number of artillery detachments (152-mm artillery) turned up near the Svitlodarsk foothold. These detachments had been previously relocated to Debaltseve and Chornukhine, as well as to Bryanka and Irminne on the route Lugansk-Donetsk.

Rebel units of 152-mm artillery also carried out several attacks on forward positions of Ukrainian troops and their strongholds as well as facilities in rear areas near Luganske, Losove, Rozsadky, and Myronivske. Rebels also committed 82-mm and 120-mm mortars in this area.

Gunmen fired on Krymske, Zolote, Novotoshkivske, and Sokolnyky with mortars, AHS-17 and ZU-23-2 AA mounts from the second half of yesterday till late into the night, June 4.

Moreover, their armoured units (2 tanks and 4 ACVs) operated near Novotoshkivka and Sokolnyky. Tanks fired on army positions near Sokolnyky, too.

Several armed clashes between ATO safeguards and sabotage-reconnaissance groups were reported along the Siversky Donets.

the most difficult situation in the Donetsk direction

Over 40 attacks were recorded in the period between 6 PM and midnight, June 4, mainly with mortars and artillery banned by provisions of the Minsk agreement, the ATO press-centre posted on Facebook.

The most difficult situation remained in the Donetsk direction. There, Pisky, Berezove, Pervomaysk, Opytne, Bogdanivka, Butivka Mine, and Novobakhmutivka were shelled with artillery and mortars.

Army positions near Maryinka were assaulted by rebels with grenade launchers and machine-guns.

Government forces were shelled with 122-mm artillery and Grad MLRSs near Granitne, close to Mariupol.

In the Lugansk direction, rebels shelled Novotoshkivka with 120-mm mortars.

The number of attacks decreased after midnight.

Stoltenberg, on a visit to Norway, also said that while Russia's behaviour had grown more aggressive, it did not pose an immediate threat to NATO.

"What we have seen in the past 24 hours in Ukraine is a reminder that the truce is very fragile, that there are still violations, and that it is increasingly important to support all the efforts, all the initiatives, to respect the ceasefire," he told reporters.

Stoltenberg, on his first official visit to his native country since taking over as NATO secretary general last year, again called on all parties to respect the truce deal.

General Staff: 4 service member wounded in the ATO area in the past 24 hours

4 Ukrainian servicemen were wounded in the area of the anti-terrorist operation in the past 24 hours, a spokesman for the Presidential Administration on ATO issues, Andriy Lysenko, reported at a briefing. Also, 38 rebel drones were recorded over the ATO area on Thursday. Two other enemy UAVs patrolled the Russia-Ukraine border in the north of the Lugansk region.