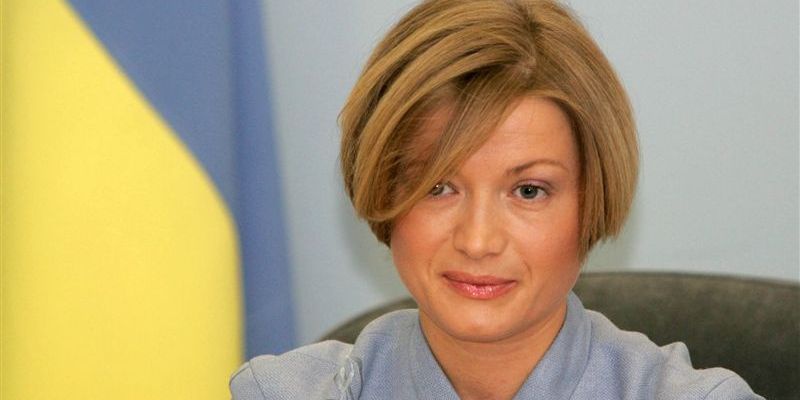 Over 270 Ukrainian citizens are illegally held in captivity by pro-Russian rebels and the Russian Federation, an MP and representative of the Trilateral Contact Group, Iryna Gerashchenko, announced at the Wednesday session of the Verkhovna Rada, as reported by Ukrainska Pravda.

"According to updated information provided by the Ukrainian Security Services, over 270 Ukrainians are held in captivity; among them there are 11 citizens of Ukraine who are jailed in the Russian Federation," she said.

Moreover, Gerashchenko added that Ukraine had provided the OSCE mission with irrefutable evidence regarding violations of rights of these people, their illegal dispatch to Russia, and Moscow’s failure to comply with international law and grant Ukrainian consuls access to them.

In addition, she said that Ukraine had been able to free just nine citizens for the last month.

"We insist that all 270 Ukrainians are to be released from the rebels’ captivity," Gerashchenko said.

Putin says he can influence the Donbass rebels

Russian President Vladimir Putin says Russia is using its influence on the self-proclaimed People's Republics of Donetsk and Lugansk to force them comply with the Minsk ceasefire agreement.

"If we had been discontented with something in the Minsk agreements, we would have never signed them. We see these agreements as fair and balanced, and are exerting possible pressure on one of the parties to the conflict, namely the self-proclaimed People's Republics of Donetsk and Lugansk," he said at a press conference after a meeting with Finnish President Sauli Niinisto on Tuesday.

According to Putin, a lot has lately changed in Donbass rebels’ stand and they are ready to negotiate every provision of the Minsk agreements.

You can't ignore the fact that a lot has changed in their positions, for they are willing and want to hold negotiations on all provisions of the Minsk agreement, Putin added.

"They [here: the Kyiv authorities] should personally sit down at the negotiation table with representatives of those territories and try to reach an agreement, as there is no way out," he said.

Putin also believes that there is no alternative to the Minsk format for resolving the crisis in Ukraine. "I believe there is simply no alternative to it, and however difficult it might be, it's necessary to follow this way," he finally asserted.

Five Russian military jets were observed near the Latvian border on Tuesday, June 16, the National Armed Forces of Latvia announced on Twitter Wednesday.

At the same time, the airspace of the Baltic States was not violated, the Latvian military said.

As reported earlier, the activity of Russian military aircraft in the Baltic region has tripled over the last year, with NATO forces having intercepted Russian warplanes over 150 times.

Ukraine presented in the USA the evidence

of Russia's involvement in the Donbas conflict

In the course of Washington visit, Deputy Head of the Presidential Administration of Ukraine Andriy Taranov and Head of Department of Security Service of Ukraine Vitaly Naida met with U.S. Vice-President’s Special Advisor for Europe and Eurasia Michael Carpenter and National Security Council’s Director for Eastern Europe Liz Zentos.

White House’s representatives were informed about the situation in the Anti-Terrorist Operation zone and about the facts of participation of regular units of the Armed Forces of the Russian Federation in developments in the Autonomous Republic of Crimea followed by developments in Donetsk and Luhansk Oblasts. It was stressed that the Russian special services, along with Russia’s Armed Forces, provoke instability and inspire subversive activity of illegal armed formations in the territory of Ukraine; they are also responsible for supplying arms and heavy weaponry to the terrorists.

In response, the American side expressed its clear understanding of the Russian military presence in the east of Ukraine, declaring its support of the Ukrainian people in their fight for territorial integrity and independence of their state.

Agreements on practical steps in security sphere were reached.

to breach the defensive line of ATO forces at night

Rebels carried out 58 attacks on positions of ATO forces and dwelling houses of civilians, 16 of which with mortars and weapons banned by the Minsk agreement, the press-centre reports on Facebook.

"Soon after, a larger 150-strong rebel group launched an attack on army positions backed with 120-mm mortars. The information on results and casualties is ascertained", the General Staff says.

In total, around 40 attacks on ATO troops and infrastructure facilities of inhabited settlement were recorded overnight.

Maryinka was shelled with 120-mm mortars and tanks before the mentioned rebel attempts to break through.

In the Lugansk region, gunmen shelled Horikhove and Novotoshkivka with 122-mm howitzers; Zolote with 122-mm mortars; and Tryokhizbenka with grenade launchers.

In the Artemivsk direction, 120-mm shells hit army positions near Troitske. Rebels also committed there tanks and a hand-held version of Grad MLRS.

Tymchuk: A team of RF snipers neutralized in Stanyzia Luganska

ATO forces have managed to eliminate a team of snipers of the Russian Special Task Forces by conducting counter-sniper activities near Stanyzia Luganska, Dmytro Tymchuk, the founder of the IRG, announced.

According to the group, "casualties were reported on the Russian part".

Moreover, insurgents carried out a number of attacks on Ukrainian troops with machine-guns and grenade launchers near Krymske, Novotoshkivka, Schastya and Stanyzia Luganska in the past 24 hours.

A clash between ATO security forces and a terrorist sabotage-reconnaissance group, which tried to enter into tactical depth of defence of government troops, occurred near Tryokhizbenka after the Siverskiy Donets.

Rebels committed to action tank and shelled ATO positions near the settlements of Zolote and Myronivske. Their retreat was covered with 120-mm mortars.

A group of snipers was spotted near Maryinka, where informants reported about fighting against rebel infantry forces, who had attempted to attack forward positions of ATO forces.

IRG: Gunmen receive reinforcements, and move to Artemivsk and Dzershinsk

Donetsk rebels have received tanks, and regrouped artillery; insurgents in Lugansk have been massing military hardware; and mortar gunners have been reinforced in the Artemivsk direction, the founder of the Information Resistance Group, Dmytro Tymchuk, posted on Facebook on the morning of June 17.

A rebel group of 50 was seen moving from Khartsyzk to Illovaysk accompanied by 5 ICVs and 2 Ural trucks," he writes.

Lugansk militants continue to mass armoured vehicles: 25 tanks in different conditions and 32 to 34 ACVs were concentrated in the Kamianobridskiy district.

Mortar gunners in the Artemivsk area were reinforced and supplied with 122-mm artillery. In particular, a mortar battalion consisting of two batteries and armed with eight 122-mm cannons turned up near Novhorodske, Tymchuk noted.

General Staff: 6 military wounded in the past 24 hours

No losses among Ukrainian military were reported in the ATO area in the past 24 hours, a spokesman for the Presidential Administration on ATO issues, Andriy Lysenko, reported at a briefing.

He also added that the situation in the ATO area stabilized a little over the past 24 hours, as the number of provocative rebel attacks decreased.

At the same time, the enemy does not cease firing heavy guns and mortars, as well as heavy armaments (in particular, tanks).