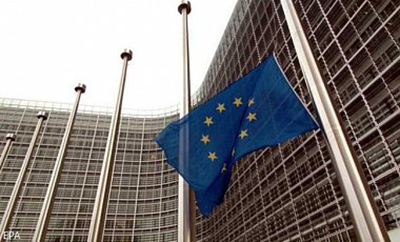 EU extends sanctions against the Russian Federation for 6 months

The European Union has extended sanctions against Russia for another 6 months till 31 January, 2016, Maja Kocijančič, a spokesperson for the EU High Representative of the Union for Foreign Affairs and Security Policy (HR) Federica Mogherini announced. #EU extends economic sanctions against #Russia by six months, she posted on Twitter

Rebels carried out 85 attacks on positions of Ukrainian troops and residential areas in the past 24 hours with various weapons including Grad MLRSs, which had been banned by the Minsk agreement, the ATO press-centre reports.

"The Donetsk direction remains the epicentre of tension. There were 52 attacks on our positions and the civilian population reported there," a report published on the morning of June 22 reads.

In the Artemivsk direction, the settlement of Bohuslavske came under mortar attack. Enemy snipers fired on Maryinka.

In total, rebel and Russian units resorted to arms 10 times during the morning.

Tymchuk: Militants trying to reconnoitre and sabotage in the rear of ATO forces

Militants continue to carry out attacks and hostilities, making attempts to reconnoitre behind Ukrainian lines and sabotage at the rear of Ukrainian troops, the head of the Information Resistance Group, Dmytro Tymchuk, posted on Facebook on June 22.

Rebels became especially active in the sector between Maryinka and the area to the north of Avdiyivka. They fired 122-mm and 152-mm artillery virtually across the whole area, and committed military hardware in some sectors. Gunmen made active use of 82-mm and 120-mm mortars, as well as AHS-17 and ZU-23-2 grenade launchers.

Rebels actively fired 120-mm and 82-mm mortars to assault forward positions of ATO forces and back sabotage-reconnaissance groups' activities in the direction of Girske.

Terrorist units repeatedly assaulted army positions near Stanyzia Luganska from their strongholds in Nikolayivka with 122-mm artillery and AHS-17 and ZU-23-2.

Four freight cars with ammunition have arrived in Illovaysk from Russia; the delivery was organised by "Russian Railways", the founder of the Information Resistance Group, Dmytro Tymchuk, posted on Facebook on the morning of June 22.

In addition, an armoured rebel unit comprised of 22 tanks, 4 ICV-2s, 4 APC-80s, and one multi-purpose light-armoured towing vehicle was moved to Donetsk via Shakhtarsk and Zugres.

A subdivision of 152-mm 2S3 Acacia SP artillery systems was observed moving in an area between Chervona Polyana and Antratsyt accompanied by 2 multi-purpose light-armoured towing vehicles, 2 APC-80s and 2 Ural trucks.

A rebel MLRS battery including 6 BM-21 Grad MLRSs was relocated to Alchevsk and further in the northern direction via Perevalsk.

Moskal: Militants leave part of the occupied Lugansk with no water supply

The water supply to occupied territories was cut off because of rebel shelling, Chairman of the Lugansk Regional State Administration Gennady Moskal reported on his webpage on Monday.

He also added that Stanyzia Luganska had been constantly attacked overnight with various types of weapons including mortars and anti-tank weapons.

No casualties among the civilian population were reported, however a number of buildings were ruined, and local infrastructure facilities were damaged.

The village of Bolotne situated at the demarcation line was shelled with mortars at 7.30 AM Monday. The transmission lines, feeding the Derkul water treatment plant, were cut off as a result.

General Staff: 2 service members killed and 3 others wounded in the ATO area in the past 24 hours

2 Ukrainian military died, and 3 others were wounded in the area of the anti-terrorist operation in the past 24 hours, a spokesman for the Ukrainian National Security and Defence Council, Andriy Lysenko, reported at a briefing on Monday.

According to Lysenko, 8 UAVs were seen over the ATO area in the past 24 hours. Another one was spotted at the rear - between Berdyansk and Mariupol.

Terrorist forces have intensified fire in the Donetsk direction, as battles are raging virtually around the clock, a spokesman for the Ukrainian National Security and Defence Council, Andriy Lysenko, reported at a briefing on Monday.

According to him, the main areas of massing banned types of rebel weapons are territories around the Donetsk airport, the village of Spartak and residential quarters of the Donetsk city.

The intensification of aggressive activities by outlawed armed groups was also reported by observers of the Joint Control and Coordination Centre.