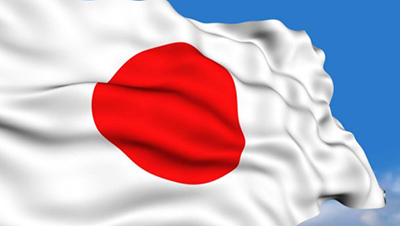 The Government of Japan believes that the Russian aggression against Ukraine poses a danger to the whole world, an annual report on defence endorsed by the Japanese government on Tuesday reveals, as reported by Interfax-Ukraine.

Referring to the Ukraine crisis, the report said Russia "has engaged in so-called 'hybrid warfare' that is difficult to identify definitively as an armed attack by a country, and has attempted to change the status quo by force or coercion".

"The Russian attempt is considered to be a global security issue possibly affecting the whole international community, including Asia," it said.

OSCE does not confirm the withdrawal of rebel equipment

The members of the monitoring mission of the Organization for Security and Cooperation in Europe (OSCE) refused to confirm the withdrawal of weapons reportedly conducted by the self-proclaimed Donetsk republic, the Deputy Head of the OSCE mission to Ukraine Alexander Hug said in an interview with German news agency, as reported by Deutsche Welle.

According to him, the observers reported "intensive movements of equipment". "Currently, we can observe increased movements of materiel. This is not indicative of the withdrawal," Hug said. According to him, "so far we can see only rebels’ unilateral statements", which the OSCE cannot confirm.

He noted that there is no agreement on what weapons, where and by what date should be moved.

The authorities of the PRD and the self-proclaimed PRL allegedly began a unilateral withdrawal of weapons with a calibre less than 100 mm from the contact line on 19 July. Ukrainian security forces have said they are not confident in the veracity of rebels’ allegations on the withdrawal of equipment.

Insurgents carried out over 60 attacks on positions of ATO forces on July 20, 30 of which were conducted in the period between 6PM and midnight, the ATO press-centre posted on Facebook.

Rebels fired tanks on Avdiyivka coking plant at 6.40PM again and 152- and 122-mm artillery systems on resident quarters of Avdiyivka at 10.10PM.

Russia would take military "countermeasures" if Sweden were to join NATO, according to the Russian ambassador.

In an interview with Swedish newspaper Dagens Nyheter, Viktor Tatarinstev warned against joining the NATO alliance, saying there would be "consequences".

Decrying what he called an "aggressive propaganda campaign" by the media, Tatarinstev stressed that "Sweden is not a target for our armed troops".

But with a recent surge of Swedish support for joining NATO, the ambassador said: "If it happens, there will be counter measures.

"Putin pointed out that there will be consequences that Russia will have to resort to a response of the military kind and re-orientate our troops and missiles.

"The country that joins NATO needs to be aware of the risks it is exposing itself to."

Despite the swing in public opinion - 31 per cent of Swedes wants to join NATO, up from 17 per cent in 2012 - Russia is confident that the country will not opt to join the Western military organisation.

It also reports that, as of 8AM, July 21, Russian and terrorist forces conducted a saturation attack on areas near the settlement of Mayorske, Donetsk region, during which a civilian car was hit on the outskirts of the village resulting in two women wounded.

ATO servicemen gave them first medical aid and evacuated to the nearest hospital, a report reads.

Sentsov's trial will be partially closed

3 pages of a volume of Sentsov-Kolchenko's case will be considered in private, Alexander Kolchenko's lawyer, Svitlana Sydorkina, has announced, as reported by Ukrinform.

"Only three pages of the 10th volume will be considered in private. The rest of the trial is due to be open," Sydorkina said.

According to previous reports, the Rostov-on-Don court of law, which started trying Oleg Sentsov and Alexandr Kolchenko's case, has satisfied a motion of the defence to admit relatives of two prisoners at the bar to the court room.

The Sentsov and Kolchenko's trial was launched in the North Caucasian court martial in Rostov-on-Don on July 21.

As reported earlier, according to Russian investigators, Sentsov allegedly set up a terrorist co-partnership in the Crimea, which appeared to be an organisation unit of the "Right Sector" banned in the RF, with a view to support secession of the peninsula from the RF.

One service member died, and another one wounded in the ATO area in the past 24 hours

One soldier died and five others were wounded in the past 24 hours in the ATO area, a spokesman for the Presidential Administration on ATO issues, Andriy Lysenko, reported at a briefing.

Also, according to Lysenko, several civilians sustained wounds in the Maryinka district.

Furthermore, 12 enemy UAVs were observed over the ATO area.