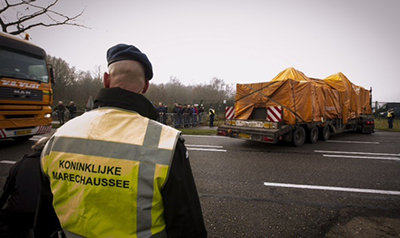 Ukraine may commit artillery if rebels do not cease hostilities

Rebels have been carrying out saturation attacks on the settlements of Chermalyk and Starognativka since 8PM yesterday; Ukraine has warned OSCE of a possible artillery attack as a response to rebels' activities, Chief of the ATO Press-Centre Vladislav Selezniov told "Ukrainska Pravda".

"In keeping with the established procedure, we've informed the OSCE SMM, the OSCE office in Kyiv, and our Western partners through via the Ministry of Foreign Affairs that gunmen continue violating the Minsk agreements, therefore we reserve the right to resort to artillery systems if our positions are under attack," he stressed.

He also asserted that the situation remained under control of the ATO Headquarters.

Selezniov recalled that on Monday throughout the day pro-Russian insurgents were shelling the southern edges of the Donetsk region, namely the settlements of Mykolayivka, Starognativka, Bogdanivka, Novotroitske, Novogrygorivka, Granitne, and Chermalyk. The village of Shyrokine located near the government-controlled city of Mariupol was assaulted with machine-guns.

Outlawed units of gunmen continued attacks on ATO troops in the period from 6PM till midnight, August 10, with the fiercest fighting reported near Donetsk.

Rebels carried out three assaults on army positions with 120-mm mortars and two with 152-mm artillery in the period between 10PM and midnight.

Also, gunmen fired 152-mm artillery on Verkhnyotoretske and Vodyane at about 8 and 10PM respectively.

In the Artemivsk direction, insurgents shelled government troops in Troitske at 10.15PM with BM-21 Grad MLRSs.

In the Lugansk direction, Stanytsia Luganska was shelled with 120-mm mortars and grenade launchers in the period from 10PM till 2AM.

In the Mariupol direction, the enemy assaulted the village of Starognativka with 120-mm mortars and 152-mm artillery around 9PM.

Rebels resumed hostilities after midnight near the settlements of Vodyane, Opytne, and Avdiyivka.

ATO positions near Bogdanivka, close to Mariupol, came under MLRS fire first at 1AM, then twice at 3 o'clock in the morning, and finally at 3.50AM.

Militants resume attacks in the Lugansk region; two soldiers wounded as a result

Gunmen continued to assault government-held territories of the Lugansk region in the past 24 hours. Two servicemen were wounded as a result, the Lugansk Regional State Administration reports.

Stanyzya Luganska was under fire throughout the whole night. Rebels fired 122-mm artillery, grenade machine guns, mortars and machine-guns. A serviceman of the 128th brigade sustained shrapnel wounds, according to a report, and two houses were damaged.

A medical orderly of the 124th separate mechanised brigade sustained wounds as a result of rebel artillery attacks on a Ukrainian stronghold located in the village of Krymske.

The enemy has deployed two batteries of heavy armaments to the Lugansk region, namely to Stakhanov and Irmine, a spokesman for the Presidential Administration on ATO issues, Oleksandr Motuzianyk, reported at a briefing on Tuesday.

According to him, the situation in the Lugansk direction slightly stabilized. In particular, no breaches of the cease-fire were recorded in the front-line area from the settlement of Stary Aidar to Orikhovo.

At the same time, hostilities continued around the main points of Ukrainian defence.

In the Donetsk direction, according to the ATO spokesman, the situation near Gorlivka became stable; the enemy was active only in Mayorsk and Novgorodske.

In the front-line sector from Gorlivka to Yasynuvata, rebels fired on Ukrainian strongholds in Verkhnyotoretske and Kamyanka. The enemy drew up heavy artillery to resident quarters of Panteleymonivka and Yasynuvata.

The situation on the eastern edge of Donetsk is still difficult, Motuzyanyk stressed. The epicentre of the confrontation is in the village of Pisky. Moreover, residential quarters of Krasnogorivka came under artillery fire late in the evening.

In the Mariupol direction, the key point of Ukrainian defence on Monday was Starohnativka and its adjacent areas.

Also, fierce enemy attacks occurred in the daytime in the area of the Pavlopil reservoir near Granite and Chermalyk.

9 rebel drones were spotted over the ATO area on Tuesday.

1 Ukrainian serviceman was wounded in the area of the anti-terrorist operation in the past 24 hours, a spokesman for the Presidential Administration on ATO issues, Oleksandr Motuzianyk, reported at a briefing on Tuesday.

According to the Colonel, the Ukrainian army suffered losses in the Donetsk and Mariupol directions, mainly near Gorlivka, Donetsk and Starognativka.