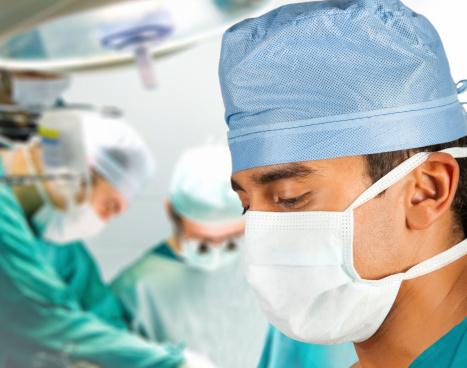 The physician of the fleet of the German Army and head physician of the Anaesthetics and Deputy Medical Director of the Army Hospital Berlin, Michael Becker, said that the "biggest complications are infected wounds." He went on to explain that the goal is to not only treat such wounds but to heal all soldiers, including plastic surgery, skin transplants and rehabilitation through physio. Once it’s done, they can return to active duty in Ukraine. Becker is relieved that the army physicians are not bound to financial restrictions, which enables perfect conditions for their treatments.

Up to 150 wounded people, soldiers as well as civilians have been transported from Ukraine to military hospitals in Germany over the last months. There is an agreement between the German and Ukrainian governments regarding the costs, which have not been made public. Ukrainian Ambassador to Germany Andriy Melnyk was not available for comments despite being at the scene.

The MIA special operation regiment "Dnipro-1" has left the village of Pisky, Donetsk region, after delegating responsibility for the first line of defence to units of the Armed Forces of Ukraine, regiment's press service posted on Facebook.

"The village of Pisky is a symbol for us. A symbol that will forever serve as an example of heroism and patriotism. We are leaving the positions, for we have to execute General Staff's order... We have been tasked with new objectives, namely cleaning up, fighting with enemy raiding parties and smugglers, maintaining law and order in the ATO area and other functions we are entrusted with as commandos," a report says.

Insurgents decrease the number of attacks

directing fire on the Donetsk region

In total, terrorists breached the ceasefire 67 times in the past 24 hours, August 20, 51 of which were recorded near Donetsk, the ATO press-centre has reported.

The situation in the ATO area was stable yesterday evening and last night.

Rebels shelled our positions in Pisky with 82- and 120-mm mortars around 8PM yesterday. A stronghold of ATO forces in the village of Krasnogorivka was bombarded by mercenaries with 120-mm mortars and grenade launchers from 9 till 10PM. Insurgents fired 122-mm artillery on Ukrainian troops deployed to the settlements of Troitske, Novobakhmutivka, and Avdiyivka at about 10PM.

They also carried out attacks on our positions in Starognativka near Mariupol at 9.35 and at midnight with 152-mm artillery. The village of Bogdanivka was shelled with 120-mm mortars and 152-mm artillery at 10.30 PM.

In the Artemivsk direction, gunmen attacked our units stationed in the settlements of Rozivka and Druzhba from their positions in Kalynovo at 9.35PM with 152-mm artillery.

In the Lugansk direction, no assaults were reported in the period between 11AM and midnight.

Russian and terrorists forces slightly increased their activity in the period from midnight till 6AM, August 21. They shelled Ukrainian troops near Prokhorivka twice with 152-mm artillery after midnight.

Russia poses an existential threat to the United States because of its nuclear arsenal and Russian government's policies, Secretary of Defence Ashton Carter said at a Pentagon briefing Thursday.

Russia is a "very, very significant threat," and the US must adjust its defence capabilities to account for Moscow's aggression”.

Carter stopped short of calling Russia the "number one threat" as the incoming chairman of the joint chiefs of staff, Marine General Joseph Dunford, did during his recent confirmation hearing, but Carter said Russian President Vladimir Putin had been acting as "an antagonist" with actions in Ukraine.

The US was adjusting its military capabilities and working with NATO allies to bolster deterrence along the military alliance's eastern border in ways it has not had to since the end of the Cold War, Carter said.

It's something that for a quarter century the US thought it would not have to do, he said, speaking to reporters at the Pentagon.

The US however continues to work with Russia on other issues, including counterterrorism, Iran and North Korea, he said.

Militants shell the outskirts of Popasna with banned artillery

Militants fired on the outskirts of Popasna, Lugansk region, with weapons banned by the Minsk agreement, the press service of the Lugansk Regional State Administration reported on Friday.

Information on casualties and destruction of the infrastructure is ascertained.

Furthermore, the village of Bolotenne, Stanyzia-Luganska district, was mortared at 11PM. No casualties and damages were reported.

Former German foreign minister: we shall hold out our hand to Putin

The West should launch a new stage in relations with Russia, hold out its hand to Putin and lift sanctions, a former German foreign minister, Hans-Dietrich Genscher (1974-1992) told in an interview with Süddeutsche Zeitung, as reported by Zeit Online.

"The ongoing confrontational policy contradicts the spirit of times," he said.

According to him, the sanctions have proved ineffective; therefore they have to be lifted.

The ex-minister believes that the RF president is a pragmatic politician; therefore, the West has to offer its hand to politically and economically disbalanced Russia.

In his opinion, the cooperation between the West and Russia is very important for solving international problems, especially in the light of the recent agreement with Iran.

At the same time, he stressed that it did not mean to recognise Russia's takeover of Crimea from Ukraine.

No losses were reported in the area of the anti-terrorist operation in the past 24 hours, a spokesman for the Presidential Administration on ATO issues, Andriy Lysenko, reported at a briefing.

According to him, 4 enemy UAV's were spotted over the ATO area on Thursday.