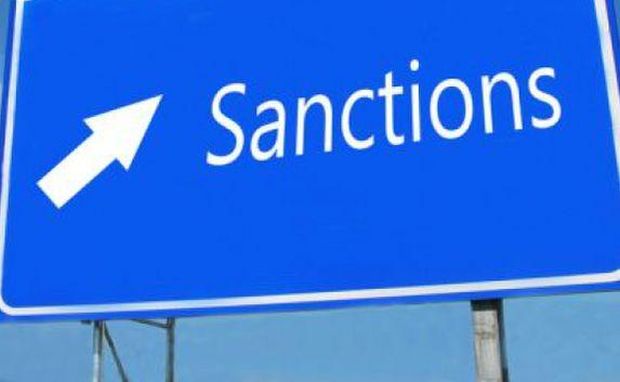 U.S. authorities have imposed new sanctions against five companies of the Russian military industry suspected of violating the American law on non-proliferation of weapons in Iran, North Korea and Syria, "Dozhd" reports with a reference to the periodical Federal Register.

The document also says that a determination has been made that a number of foreign persons have engaged in activities that warrant the imposition of measures pursuant to Section 3 of the Iran, North Korea, and Syria Nonproliferation Act. The Act provides for penalties on foreign entities and individuals for the transfer to or acquisition from Iran, Syria, and North Korea of goods, services, or technology controlled under multilateral control lists or otherwise having the potential to make a material contribution to the development of weapons of mass destruction or cruise or ballistic missile systems […].

Government determined that the measures authorized in Section 3 of the Iran, North Korea, and Syria Nonproliferation Act shall apply to the following foreign persons:

These measures shall be implemented by the responsible departments and agencies of the United States Government and will remain in place for two years from the effective date, except to the extent that the Secretary of State may subsequently determine otherwise.

One of the mobile teams set up to combat smuggling in the ATO area was ambushed today, and suffered losses, Rodion Shovkoshitny, Ukrainian volunteer, wrote on Facebook.

"We have casualties. Joint group that worked in the area near Schastya. […] I believe I know who is behind the attack," the volunteer posted.

According to him, a volunteer and an employee of the State Fiscal Service were killed in the attack. One SBU employee and three paratroopers sustained wounds.

The ceasefire was almost fully observed In the ATO area yesterday evening, the ATO press-centre posted on Facebook.

Rebels chaotically fired on army positions only once in the period between 6PM and midnight.

"Our stronghold near the village of Krymske, Lugansk region, was attacked with small arms at about 11PM," a statement reads.

In total, insurgents breached the ceasefire five times on September 1.

Rebels resorted to arms once in the period from midnight till 6AM, September 2. Gunmen also fired grenade launchers on Ukrainian troops in Opytne from rebel positions in Zhabyache at 0.30AM.

"In general, the night 1 to 2 September was quiet along the entire demarcation line," the headquarters said.

Poroshenko calls on the world to come out in a united front,

and fight against the Russian aggressor

Ukrainian President Petro Poroshenko urges "the nations of the free world" to stand together against the Russian aggression in Ukraine, according to his speech dedicated to the 70th anniversary of the end of the World War II.

"Celebrating the 70th anniversary of the end of the World War II and honouring the memory of tens of millions of its victims, we appeal to all the peoples of the free world to strongly present a united front against the Russian aggressor, who started an undeclared "hybrid" war against sovereign Ukraine," the report says.

According to Poroshenko, the Russian Federation is now destroying the system of European and global security by cynically trampling international law, having annexed Crimea, and heating up an armed conflict in Donbas. Russian aggression is a threat not only for Ukraine but for the whole civilized world, its security and stability.

"The bloody lessons of the World War II should not be in vain. Only joint efforts can stop the aggressor, as it was 70 years ago," he said.

The current support of Ukraine by the overwhelming majority of European and world leaders, the assistance that Ukraine constantly feels in such difficult times, indicate that the international community is aware of the futility of the aggressor’s policy of "appeasement," Poroshenko added.

"The democratic world should make every effort to restore the damaged system of international order and return confidence in the international law," he said.

No losses were reported in the area of the anti-terrorist operation in the past 24 hours. Only one serviceman sustained wounds, a spokesman for the Presidential Administration on ATO issues, Andriy Lysenko, reported at a briefing on Wednesday.

Also, according to Lysenko, 3 rebel drones were recorded over the ATO area on Tuesday.