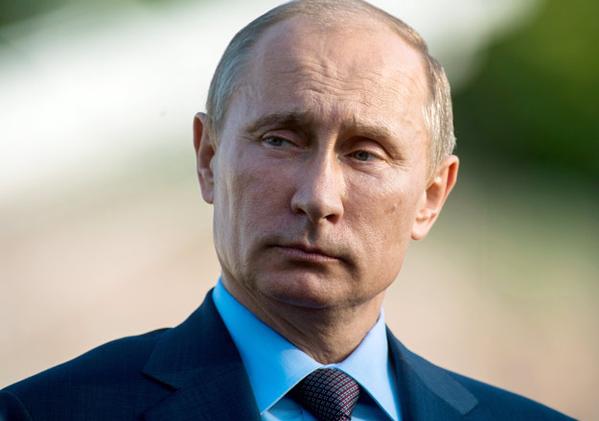 in reconciliation with militants

Kiev is obliged to amend the Constitution in reconciliation with Donbass, but there was no dialogue, the President of the Russian Federation Vladimir Putin said as reported by, Interfax-Ukraine.

"What we are witnessing today is further political confrontation in Ukraine, and constitutional changes are solely used as a pretext to fuel political struggle for power," he told reporters.

Putin recalled that in accordance with the Minsk agreements, amendments to the Constitution of Ukraine should be discussed and agreed with Donbass. "Unfortunately, today’s Kyiv is not taking any steps to negotiate amendments. And that's the most important, and principal thing," Putin said.

"Unfortunately, all these terms are not fulfilled today by our colleagues in Kyiv," Putin said.

He believes that recent riots at the Verkhovna Rada have nothing to do with the country's constitution.

Ministry of Defence of Estonia: EU should not ignore the Russian aggression

amid the ongoing migrant crisis

At the Nordic and Baltic countries Foreign Ministers' meeting in Copenhagen, Foreign Minister Kaljurand stressed the importance of intensifying political and defence cooperation in the changed security environment.

Regional defence cooperation has been increasing in importance Kaljurand said, since threats to Europe originating from the south and east are affecting the Nordic and Baltic countries. “Russia's continued aggression in Ukraine, instability and violent extremism in other crisis areas, and the consequent migratory pressures from the south are all challenges to European security,” the Foreign Minister said. “In tackling these security challenges, NATO is of key importance in guaranteeing our security, but the solidarity and intensified cooperation of the Nordic and Baltic countries also has a great role to play,” she added.

While discussing the situation in Ukraine and Russia’s continued aggression, the Foreign Ministers emphasized the importance of implementing the Minsk agreements. “Since Russia is not fulfilling its international obligations, we must continue with the European Union's united policy, including sanctions,” Foreign Minister Kaljurand added.

The Foreign Ministers stressed the importance of the activities of the OSCE special mission in Ukraine, and expressed concern over the increase in violence against observers. “Observers must be ensured security and freedom of movement, so that they can contribute to the restoration of peace and stability in Ukraine,” Foreign Minister Kaljurand added.

The Nordic and Baltic Foreign Ministers also discussed cooperation in the field of strategic communications and cyber security, energy security, the situation in Greece and climate issues.

It will be recalled that the President of Latvia previously asserted that there was a high probability the Minsk agreement would never be implemented.

The situation in the ATO area remained stable yesterday evening and last night, as rebels mainly observed the ceasefire, the ATO press-centre posted on Facebook.

The report also stressed that insurgents had carried out only a few chaotic attacks to provoke government forces.

In particular, rebels fired on Ukrainian stronghold located to the south of Avdiivka at app. 8 and 10PM with small arms and grenade launchers. Ukrainian troops stationed in Opytne were shelled with 82-mm mortars from rebel positions in the settlement of Spartak at 8.30PM.

In total, insurgents breached the ceasefire five times on September 3.

Gunmen also carried out two attacks on a stronghold of ATO forces in Opytne with machine-guns after midnight, September 4.

US State Department explained the reasons

behind the expansion of sanctions against Russia

Russia does not commit to Minsk agreements, despite the fact that it states of the need to comply with them.

State Department spokesman Mark Toner said this at a briefing.

"We see that Russia does not take seriously implementation of the Minsk agreements," he said, explaining the reasons for the expansion of sanctions against Russia.

According to him, Russia continues supporting separatists in eastern Ukraine, which leads to the escalation of the conflict.

General Staff: 1 service member killed in the ATO area in the past 24 hours

1 Ukrainian service member was killed in the ATO area in the past 24 hours, a spokesman for the Ukrainian National Security and Defence Council, Andriy Lysenko, reported at a briefing on Friday.