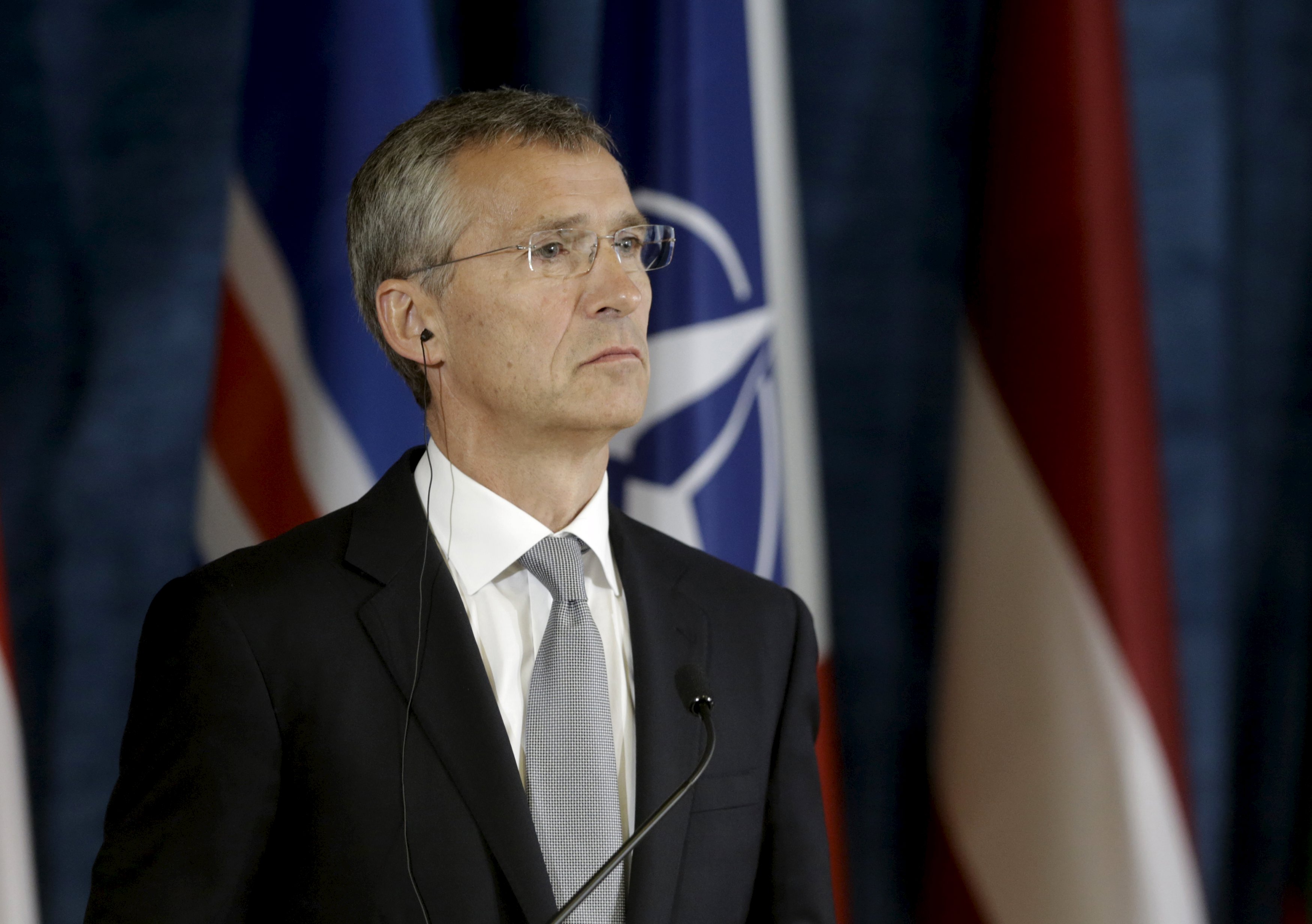 NATO Secretary General Jens Stoltenberg will participate in a meeting of the National Security and Defence Council of Ukraine for the first time in the history of the alliance, as well as in an official opening ceremony of NATO-Ukraine joint military drills to be held from September 21 till September 25 in the Lviv region as reported by Foreign Minister Pavlo Klimkin.

"I have just had a meaningful meeting with the NATO Secretary General, and we have discussed his visit to Ukraine, which will be both significant and symbolic, since he and Ukrainian President Petro Poroshenko will take part in an official opening ceremony of joint drills. He also will take part in a meeting of Ukraine’s National Security and Defence Council on the invitation of the President of Ukraine during his stay," the minister told reporters on Monday, September 7.

According to him, the date of Secretary General's visit is to be announced in the coming days.

Klimkin said that the NSDC meeting "will allow us to work out the procedure of the implementation of our cooperation aimed at reforming the Ukraine’s security and defence sector, and bringing it to NATO standards."

In total, pro-Russian outlawed units of gunmen breached the ceasefire 12 times in the past 24 hours, the ATO press-centre reports.

Insurgents carried out several provocative attacks on army positions in the period between 6PM and midnight.

A stronghold in the village of Maryinka, close to Donetsk, was assaulted with rebel ICVs and small arms at 9PM. Moreover, army positions to the south of Avdiyivka were fired upon with ICVs, small arms and grenade launchers almost at 11PM.

In the Artemivsk direction, the enemy assaulted Ukrainian troops in the settlement of Kirove with small arms. A rebel sniper fired on our positions in the village of Zaitseve at about 11PM.

No attacks on government forces were reported in the period from midnight till the morning of September 7.

The revelations came after Putin gave his strongest admission yet that Russia was already providing military and logistical support to the Assad regime.

He said that his country's military was giving the Syrian government "quite serious help" but denied that that involved boots on the ground.

However, videos have emerged which appear to show Russian-speaking troops and the country's fighter jets operating deep within Syria.

A US defence source said: "If they're moving people in to help the Syrian government fight their own fight, that's one thing. But if they're moving in ground forces and dropping bombs on populated areas, that's an entirely different matter."

Moscow increasingly justifies its support for the Assad regime by pointing to the advances that Isis has made in Syria.

The terrorist group's fighters have conquered large swathes of the country and are one of the key reasons why so many refugees are now fleeing to Europe.

However, Russian meddling is likely to be met with extreme suspicion by western governments following its annexation of Crimea last year.

Putin's troops are already fighting alongside separatist rebels in eastern Ukraine, who have been blamed for a series of atrocities including the shooting down of Malaysian Airlines flight MH17.

Pushylin: if weapons with a calibre of less than 100-mm are pulled back,

it would mark the end of the war

One of the leaders of the so-called "PRD", Denis Pushylin, said that if an agreement about the withdrawal of weapons with a calibre of less than 100-mm from the demarcation line was reached, it would mean that peace was achieved in Donbass.

An appropriate video was released by the leadership of the so-called PRD.

"There is hope that the subgroup for security will finally put a line through the document regarding the withdrawal of weapons with a calibre of less than 100-mm. It is a very important decision", Pushylin said.

"If the weapons with a calibre of less than 100-mm are withdrawn from the demarcation line, it would essentially mark the end of the war. We would need to cope only with small arms resistance. This will be done very easily," he said.

As reported earlier, a coup had taken place in the PRD resulting in Pushylin being appointed as the Acting Head of the so-called “Republic's Parliament", and Andriy Purgin - previously the speaker of the Folk Council - being ousted from power.

The next meeting of the contact group as well as its four subgroups for the peaceful settlement in Donbass has been planned for September 8. Purgin used to be one of the PRD representatives within a subgroup for political affairs.

Pushylin is a member of the Minsk negotiating team.

According to him, the situation in the ATO remains "relatively calm".

"Two fighters sustained wounds over the past 24 hours as a result of fighting and rebel armed provocations; no soldier was killed" Lysenko said.