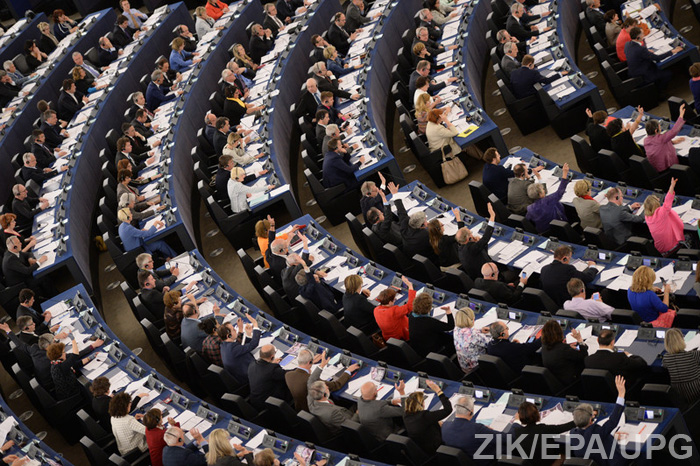 Members of the European Parliament adopted a resolution on Russia and the cases of an Estonian officer, Eston Kohver, and Ukrainian citizens, namely Oleg Sentsov, Alexander Kolchenko, Nadiya Savchenko, and other Ukrainian prisoners in Russia.

The non-legislative resolution was adopted by 378 votes to 111, with 138 abstentions.

MEPs urge the Russian Federation to release Eston Kohver, Oleg Sentsov and Olexandr Kolchenko and to guarantee their safe return to Estonia and Ukraine respectively. They also call for the release of all illegally detained Ukrainian citizens, including Nadiya Savchenko, in line with the agreed Package of Measures for the Implementation of the Minsk Agreements.

Parliament "strongly condemns the blatant violation of the territorial integrity of Ukraine and Estonia through the illegal kidnapping of citizens of both countries so that they could be charged before a Russian court". It stresses that the Russian courts are not competent to judge acts committed outside the internationally recognised territory of Russia.

UN reports about executions of the civilian population by Donbas militants

HRMMU learned about two incidents of summary execution of civilians in the village of Peremozhne (controlled by the armed groups; Luhansk region) reportedly committed by members of the so-called separate special brigade Odessa operating in the area under the control of the ‘Luhansk people's republic’. On 10 August 2014, eight armed men in camouflage without any signs of distinction stormed the house of local volunteers who were providing food to Ukrainian soldiers37. After searching and looting the house, the armed men took away a man and a woman. Over the following ten days the armed men returned three times to the house and looted it, holding the 75-year-old father of one of the abducted at gun point. The family had no information of the whereabouts of those who were abducted until January when their bodies were found near the village of Piatyhorivka; confirmed by forensic examinations only in June 2015. The forensic expertise showed that cause of death of the two victims to have been two to three fire gun shots to the head, with head injuries sustained by beating. In the same village, on 22 August 2014, four members of a family were executed outside their house for their alleged assistance to the Ukrainian armed forces, and their property then looted38

There have been allegations of summary executions documented by HRMMU during the reporting period […].

General Staff: The ceasefire observed in the ATO area

The armistice was almost fully observed at the end of yesterday in the ATO area,

Only one violation of the Minsk agreement was recorded in the period between 6PM and midnight.

In particular, rebels assaulted our stronghold situated to the south of Avdiyivka from 10.45 till 11.30PM with grenade launchers and small arms, a report reads.

Lugansk pensioner hits an explosive device with a hoe

A pensioner, born in 1943, was blown up and sustained wounds on September 9 in Stanyzya Luganska.

The victim hit the device with a hoe, Lugansk RSA reports on Facebook.

Doctors have taken care of her.

The Head of Lugansk State Administration, Mr Tuka, stressed that it is not the first such a case has happened, as people come across such dangerous "findings" every now and then in settlements located along the demarcation line.

Sarkozy: The West has to turn over the page of the Cold War against Russia

Europe makes a serious mistake, as it worsens its relations with Russia, a former president of France, Nicolas Sarkozy, told in an interview with the French periodical Le Figaro.

At the same time, Sarkozy said that it does not mean the acceptance of what is happening in Donetsk.

And for this purpose, in his opinion, Russian must return to the G8, remove the food embargo and start new dialogue with the West.

"Russia should show its good faith by helping the international community to defeat the Islamic State," he said.

"Both Europeans and the Russians are interested in this," Sarkozy said.

The Upper Chamber of the Parliament of Italy has ratified the EU-Ukraine Association Agreement.

One serviceman was wounded in the area of the anti-terrorist operation in the past 24 hours, a spokesman for the Presidential Administration on ATO issues, Oleksandr Motuzianyk, reported at a briefing on Thursday.

According to him, it occurred in a rebel attack near the settlement of Maryinka, Donetsk region.