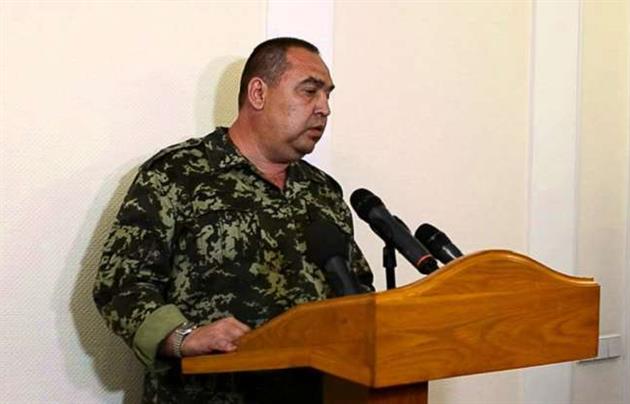 The United Nations humanitarian aid chief Stephen O'Brien voiced serious concern on Thursday that authorities in Luhansk in eastern Ukraine are demanding that all U.N. agencies immediately vacate the city.

"I am alarmed by news that the de facto authorities in eastern Ukraine have ordered U.N. agencies in Luhansk to end operations and to leave the area by tomorrow, 25 September," O'Brien said in a statement. Eastern Ukraine is controlled by pro-Russian separatists who reject the Kiev government.

"I am also extremely concerned by the situation regarding accreditation and registration of international NGOs (non-governmental organizations) in Donetsk," he added. "A decision by the de facto authorities in Donetsk on the U.N.'s future operations remains on hold, and all U.N. agency operations have been suspended."

White House: Ukraine Will be the Main Topic

at a Meeting of President Obama with Putin

U.S. President Barack Obama and Russian President Vladimir Putin will meet in New York next week at a time of high tension in Europe and the Middle East, but the Kremlin and the White House disagreed on Thursday over the top priority for the talks, Reuters has reported.

The White House insisted the meeting would focus on eastern Ukraine, where Russian-backed forces are fighting the Kyiv government, prompting tough sanctions that have damaged Russia's economy, according to Reuters.

Moscow, however, said the main focus would be on Syria, where Russia had massed its military forces lately to provide support for President Bashar al-Assad.

Putin's spokesman, Dmitry Peskov, told reporters that the Russian leaders would be in New York to address the United Nations General Assembly on Monday morning. Peskov also said the meeting would take place after Putin's speech.

In total, outlawed units of gunmen breached the ceasefire 4 times in the past 24 hours, the ATO press centre reports.

A rebel sniper fired on army positions located to the south of Avdiyivka from terrorist positions in Spartak at 6PM.

Gunmen carried out two attacks near Donetsk and two more were conducted in the Artemivsk direction.

In the Artemivsk direction, pro-Russian mercenaries attacked a Ukrainian stronghold near the village of Zaytsevo with small arms and heavy machine-guns on September 25.

Amid Rumours of Russia's Surrender on Donbass

Increasingly less Russian professional soldiers are willing to fight in Ukrainian Donbass; rebels discuss a possibility to put an end to the war in Donbass against Kiev's guarantee not to jail them, the founder of the Information Resistance Group, Dmytro Tymchuk, posted on Facebook on the morning of September 25.

According to him, the information "on a surrender" is also “actively debated by terrorists".

"The thesis about rebels' willingness to cease the war against Kyiv's guarantees to grant amnesty is increasingly popular among gunmen," Tymchuk announced.

Sent by the International Committee of the Red Cross

"8 trucks carrying humanitarian aid provided by the International Committee of the Red Cross went to the rebel-held territory of Donbass through the check point "Bugas" yesterday at 3PM," a report of the press service of the State Border Service reads.

"However, all these trucks with food and hygienic supplies came back after three hours, for representatives of illegal armed formations had refused to let them in," the State Border Service reports.

General Staff: 1 Service Member Wounded in the ATO Area in the Past 24 Hours

No deaths were reported in the area of the anti-terrorist operation in the past 24 hours, a spokesman for the Ukrainian National Security and Defence Council, Andriy Lysenko, reported at a briefing on Friday.

"We received no reports on killed soldiers in the past 24 hours; however, one serviceman was wounded," he said.

A rebel UAV was seen in the Mariupol direction.