April 21 is the anniversary of the second round of the presidential election, which was won by non-politician Volodymyr Zelensky, political expert Olesya Yakhno reminds in the correspondent's online edition. She writes about the passion of the election campaign and the opposite of the positions of supporters and opponents of different candidates. And now, according to the expert, these positions are approaching. In the sense that both those who were in favor and those who were against Zelensky are disappointed. Just to varying degrees. 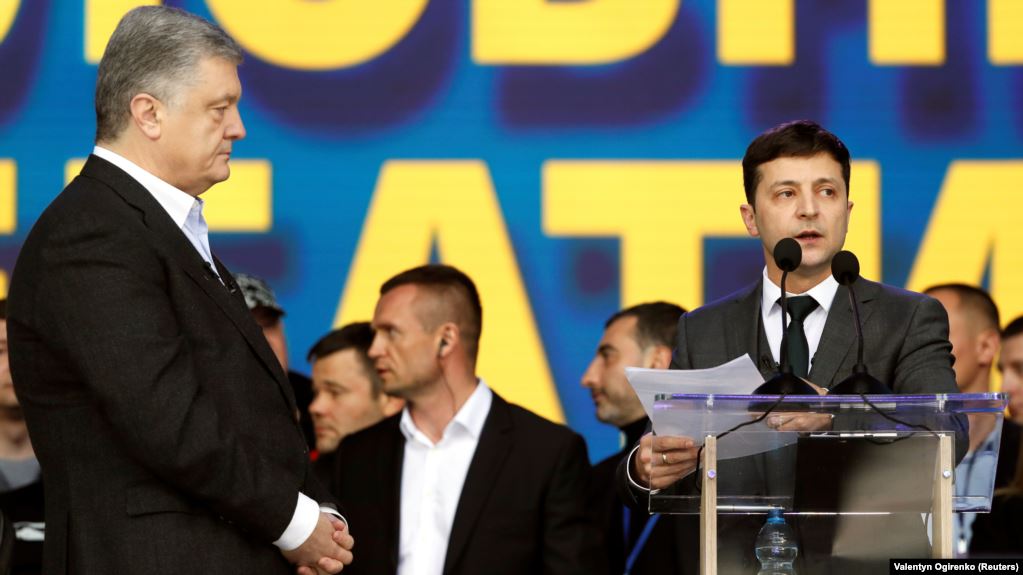 “For those who did not vote for Zelensky, this year showed that Ukraine lost its professional power, which may have made mistakes, but still coped with the most difficult challenges and problems in the history of modern Ukraine, and most importantly, understood the significance of these challenges. , and therefore - the price of the mistake (from the point of view of the statehood of Ukraine), ”Yakhno emphasizes.

And for those who voted for Zelensky, this year, according to the correspondent, became a year of disappointments and lost hopes. And because most of the promises were initially unfulfilled (end of war, low tariffs, fight against corruption, etc.). And because a lot of the practice turned out to be not new but well forgotten old (the return of oligarchs to power, for example). And just because of the delayed reaction of the authorities after the fact to a number of problems. Even if Zelensky has and has sincere thoughts, lack of experience and professional approach often leads not to solving the problem, but to deepening the old and the emergence of new ones. This is stated in the article "What is the lack of experience?"

On another anniversary - the anniversary of the debate at the stadium of Vladimir Zelensky and Petro Poroshenko, said the editor of the Internet edition "Censor.Net" Yuri Butusov. The journalist wrote down all of Zelensky's questions that he posed to his opponent, and analyzed whether Zelensky himself had to answer them now.

First question: "How did it happen that Ukraine is almost the poorest country under the richest president in history?"

Butusov: “Ukraine remains a poor country, with industrial production falling in comparison with 2018, economic reforms have not begun in a year, and President Zelensky's fortune is not the largest, but he allows himself to fly on a charter vacation to Oman, which only multimillionaires can afford ».

"Why nobody sits behind Ilovaysk and Debaltseve?"

Butusov: “Zelensky completely failed the investigation of Ilovaysk and Debaltsev. These cases were taken from the investigators who conducted these cases, in fact, Zelensky's people threw the investigation into the archive of the SBU, and the court has not yet started. Zelensky will not answer that question now. "

"Why in 5 years do we not know the killers on the Maidan?"

Butusov: “The Maidan investigation under Zelensky is moving against the actions of the leaders appointed by Zelensky. Prosecutor General Ruslan Ryaboshapka has fired Sergei Gorbatiuk, the head of the Special Investigation Unit of the GPU on the Maidan, for the benefit of the chairman of the OP Bogdan and his partner, the deputy chairman of the AP AP Yanukovych Portnov. A number of prosecutors who were instrumental in the investigation were also released. Acting Head of the State Bureau of Investigation Venediktova appointed one of the attorneys of Yanukovych Babikov, the deputy lawyer. Suspicion of massacre brought to light ... Maidan activist Tatiana Chornovol! And in violation of the law on amnesty to the participants of the Revolution ... To answer Zelensky nothing.

"Would you like to take part in the experiment and try to live on a pension of 1500 UAH for at least one month?"

Butusov: “Of course, Zelensky himself did not follow his advice, and does not live for 1500 hryvnias. On vacation, the president flew in a private jet, one flight on which costs as an annual pension of 300-400 pensioners. So there is nothing to answer Zelensky ”.

"How was it possible to send 24 sailors to Kerch Strait in the wake of the fifth year of the war, aware of the danger?"

Butusov: "The issue was illiterate, because under international law Kerch Strait - Ukrainian waters, where our ships must go unimpeded."

"Why are Yanukovych's associates not punished?"

The author introduces other questions and comments to them in the article "Anniversary of the debate at the stadium with Poroshenko: which questions will not be answered by President Zelensky?"

"Forest fires in Zhytomyr region: the main saboteurs are the population and authorities of Ukraine" - in the article under such a heading, Glavcom site correspondent Bogdan Butkevych notes that the fire map clearly coincides with the limits of mass illegal logging and amber production.

For example, the Ovruch district, which is constantly featured in deforestation. After which no one removes the branches and dryness. And then it flares up instantly. As for amber production, it is already Olevsky district, the author notes further. When motor pumps pump all possible water from the earth for tens of kilometers, not even logged wood dries around and just enough spark to make it all burn.

Of course, it contributes to the fires and snowless winter, almost rainy spring and lovers of grass and dry leaves.

Therefore, according to the correspondent, the main saboteur is the population of Ukraine and the government that makes money on it. However, all this does not exclude Russia's actions - from there you can expect anything you want, the author emphasizes. But in this particular case, according to the correspondent, the Ukrainians did well themselves