The kidneys are an important organ of the human urogenital system, the main biological filter of the body. Inflammation or damage to the kidneys leads to catastrophic consequences. It is important to learn to recognize when kidney health is undermined. 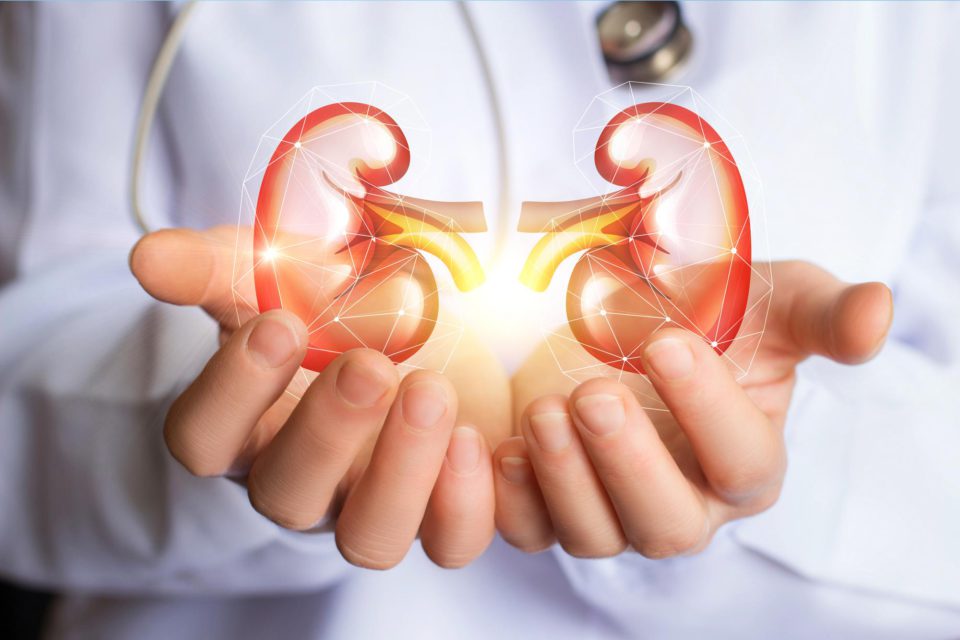 Foam in the urine

The presence of foam in the urine is quite acceptable under certain conditions - the jet is strong, a little foam, the bubbles disappear quickly. Abundant foamy consistency in combination with other signs indicates the need to pass tests. Foam usually indicates the presence of protein or toxic substances in the urine. This is caused by improper kidney function, circulatory disorders in the renal arteries and excretion and filtration of various compounds and blood components.

Usually this problem occurs with urolithiasis, inflammation in pyelonephritis, glomerulonephritis. In addition, turbidity is formed, which signals dehydration.

The color of urine can vary from light yellow to amber. It depends on the amount of fluid consumed, the ambient temperature. Saturated colors of foods such as beets, beans, berries can also temporarily change the color of secretions. But in the absence of the above conditions, the change in color of urine to red, pink with foam and a pungent odor indicates that the health of the body is undermined.

It can be caused by a disease in any part of the urinary system. But if we talk about the kidneys, it may be an infection (pyelonephritis), the formation of stones or a violation of one of the important functions of the kidneys - maintaining fluid balance in the body.

Kidney pain cannot be confused with anything. Sharp pain under the ribs, wavy, on the right / left side of the spine, shooting into the groin or abdomen - a characteristic that indicates problems with kidney health. Concomitant symptoms are attacks of vomiting, nausea. Most likely, it is a urinary tract infection, which eventually passed into the kidneys. Inflammation has formed, which makes itself felt in this way. Severe pain / spasms indicate a stone stuck in the ureter, impaired urine flow. The inflamed kidney swells, enlarges, the kidney tissue is affected.

Symptoms typical of many diseases may indicate kidney disease. The body is involved in the production of erythrocytes, releasing erythropoietin - a hormone that stimulates the bone marrow to form new cells. Kidney damage reduces the secretion of the hormone, which causes fatigue, paleness, malaise, weakness.

Kidney disease is accompanied by a feeling of cold, although it may be warm outside and indoors. Due to lack of oxygen and anemia, the production of heat and energy is reduced, which causes chills. People with kidney failure often freeze (especially their feet and palms)

A sharp rise in blood pressure

The kidneys are responsible for regulating the amount of salt in the blood and tissues. Improper process causes an increase in blood pressure. Damage activates the production of hormones responsible for this process.

Edema occurs when fluid is trapped in the body. The legs and areas around the eyes swell most noticeably. Swelling alone does not mean that you are sick. Maybe you just ate a lot of salty food, sat in one position for a long time or took some medication. Swelling that lasts for several hours and is rare should not be a cause for concern. Daily edema in the morning suggests that you need to see a doctor.

Kidney damage is one of the main clinical manifestations of gout. The basis of gout is the accumulation of uric acid and a decrease in its excretion by the kidneys. This leads to an increase in the concentration of uric acid in the blood and its deposition in various tissues of the body. Gout is also dangerous due to the increased risk of kidney stones.

If you have difficulty breathing, you may have kidney problems. There are two options: the first - the fluid that does not leave the body, accumulates in the lungs. Hence - lack of air at the slightest effort, dizziness. Second, anemia causes tissue hypoxia and difficulty breathing.

Muscle cramps, which are chronic in nature and do not occur from time to time, may indicate an electrolyte imbalance in the body. Magnesium and potassium play a huge role in muscle function, and any deviation from the norm is likely to lead to muscle cramps. However, in painful spasms are "guilty" not only trace elements, but also excess fluid: in edema, it presses on the nerve endings of the muscles and can cause pain.

Itchy skin, rash on the skin and mucous membranes

When the kidneys are unable to maintain the balance of minerals and nutrients in the blood, as well as get rid of toxins and excess fluid, skin problems can occur. Renal failure provokes the accumulation of waste in the blood, severe skin itching. Possible dryness, redness, hyperpigmentation, small rashes.

Uric acid and ammonia, which are waste products of metabolism in the blood, can change the taste of food, create dryness and bad breath. In addition, kidney problems often change taste preferences: the usual products seem tasteless, with sharp odors. The taste of metal in any food is a phenomenon inherent in kidney disorders.