Embroidery Day in Ukraine is celebrated on the third Thursday in May. 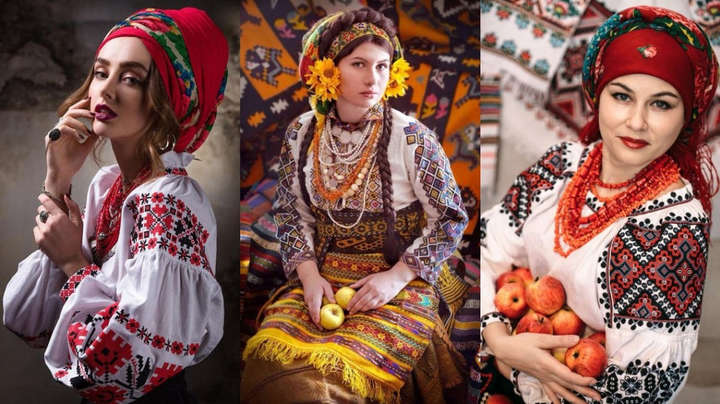 In the culture of almost any nation there are things that clearly reflect its special national tradition. In Ukraine, such a symbol is an embroidered shirt - a unique code of the Ukrainian ethnic group with encrypted talismans, symbols and signs.

Embroidery Day is not yet an official and relatively new national holiday, designed to promote the unity and cultural revival of the entire multinational Ukrainian people. It is celebrated on the third Thursday in May. In 2020, the Day of Embroidery falls on May 21.

History of the Day of embroidery

The holiday was founded in Chernivtsi in 2006. Students of Chernivtsi National University named after Yuri Fedkovych proposed the idea of ​​the action "World Embroidery Day" and came one day in traditional Ukrainian clothes.

Initially, the action was supported by several dozen students and teachers of the university, but in subsequent years the holiday reached the national level, it was joined by the Ukrainian diaspora around the world, as well as all those who want to support Ukraine.

When they celebrate Embroidery Day

There is no fixed date for embroidery day in Ukraine. Every year the celebration falls on the third Thursday in May. Teams and families compete for the title of the best in their embroidered shirts. This patriotic competition began in 2014, when the first all-Ukrainian photo contest "My family in an embroidered shirt" was held. The organizers of the holiday were sent photos not only from the cities and villages of Ukraine, but also from 8 countries: Canada, USA, Italy, Germany, France, Russia, Romania, Portugal.

On the day of embroidery in Ukraine, even monuments are decorated with embroidered clothes. Thus, in 2016, embroidered shirts were tried on by the sculpture of Lybid and the Founders of Kyiv on Independence Square. Themed decor in the form of ribbons with red and black patterns, Hutsul motifs decorate cars, houses, pets, suitcases and bags.

How to celebrate Embroidery Day

Make a family photo shoot. To do this, pre-order embroidered shirts for the family on the site and choose a location. It can be a garden in the country, an open-air museum or just a walk around the city.

Conduct a flash mob. For example, make a short video, in traditional attire and post it on social media.

Celebrate the holiday with relatives. A couple or a family with children in the same family image will cause a furor among acquaintances, and your photos will definitely decorate the columns of local newspapers.