On the first anniversary of his presidency, Volodymyr Zelensky held a three-hour press conference. During the conversation with journalists, Zelensky made about 30 promises, both new and repeated previously voiced theses. 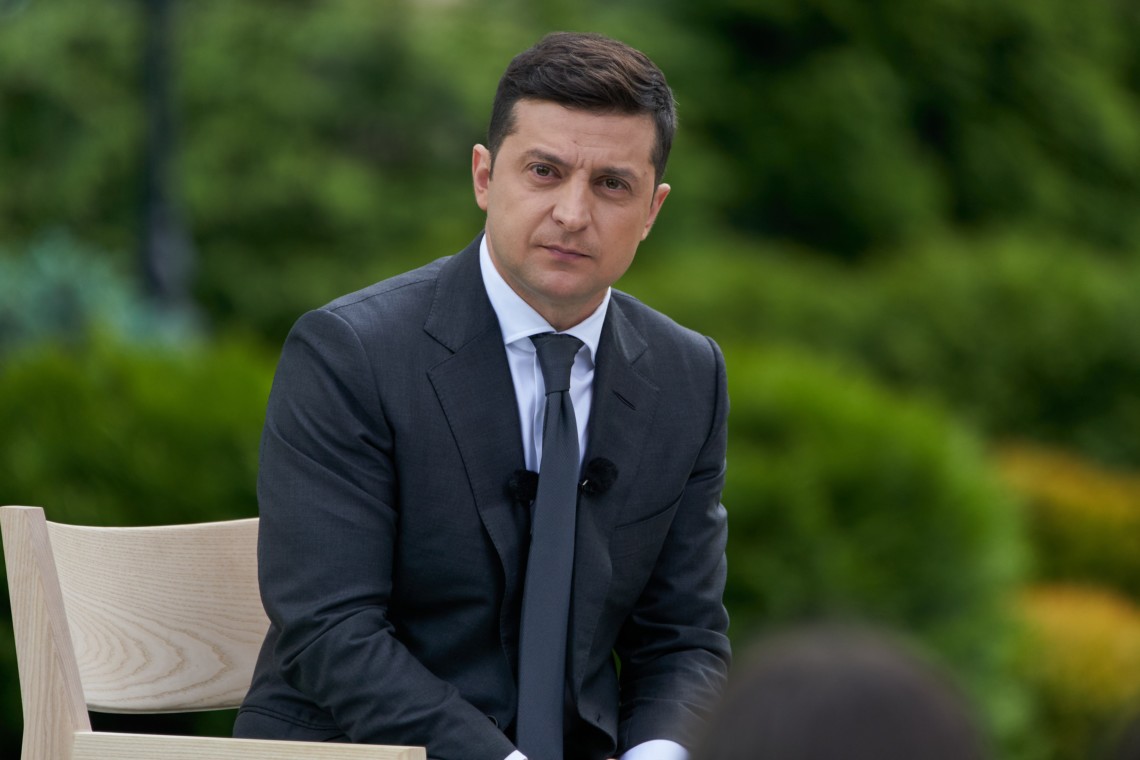 • Sign the "anti-Kolomoi law" in the near future. Earlier, the president said that Ukraine would comply with all obligations to the International Monetary Fund, and this law is one of the requirements.

• Sign a memorandum with the IMF. Zelensky is confident that the program will be signed by the end of May. Earlier, the same term was announced by Prime Minister Denis Shmygal.

• In the near future in Ukraine will start working mortgage at 10%. "I have been fighting for a year now, and this is the second government to have a 10% mortgage," Zelensky said.

• Those who ordered the murder of activist Kateryna Gandziuk will be punished. Zelensky spoke about this in November last year, on the anniversary of Gandziuk's death.

• Put Okhmatdyt into operation in 2020. Not a new promise either. About the new complex Zelensky said today that it is "space" and there is no such thing anywhere in Europe.

• There will be a Minister of Education in the government. The promise is quite obvious, now the ministry is headed by acting Lubomyr Mandziy. By the way, Zelensky said that he offered the position of Minister of Education to the head of the relevant parliamentary committee Serhiy Babak. But he refused.

• A package of bills on democracy will be submitted to the Verkhovna Rada.

• Complete all public roads by the end of the term. In fact, the same promise was made by the president in late April.

• Build a bridge in Zaporozhye in 2.5 years. Interestingly, in late April, Zelensky talked about the construction of this bridge, but in two years.

• Build 25 sports complexes for each region. "I would very much like us to name all these stadiums and large sports grounds in honor of modern sports legends, not just the dead," the head of state said.

• Open a new investment office in September. It will be headed by Levan Varshalomidze.

• In the coming days, a bill on "investment nannies" will be submitted to the Council, and other investment bills will be registered. Zelensky is confident that all these initiatives will be voted on.

• "Investment Babysitters" will help investors who invest at least $ 30 million. "Economic nationalism is in the world now. Everyone slowed down any investment. But we will fight for them, so we have lowered the bar, "Zelensky stressed. Previously, the investor had to invest at least 100 million.

• Improving income tax conditions for those investors who invest at least $ 10 million.

• Medium and large-scale privatization will resume upon completion of quarantine. We will remind that in the updated version of the state budget the expected income from privatization is considerably reduced.

• Transfer all hotels of the State Administration for privatization. The first to be privatized is the Dnipro Hotel.

• Discuss with the head of the SBU and the profile committee the issue of opening declarations of special services.

• Dissolve the Verkhovna Rada if "servants of the people" will lobby someone's commercial interests. At the same time, Zelensky noted that while the "Servant of the People" will vote for all important laws for the country, he will support the party.

• Hold a primaries for the candidate for mayor of Kyiv from the "Servant of the People" with the participation of non-partisans.

• Prosecute those investigating Sheremet's case if the current suspects are not involved. The President noted that the responsibility for Sheremet's case lies with Interior Minister Arsene Avakov.

• Ensure full independence of the Antimonopoly Committee "in actions against certain financial groups."

• The public learns the results of the investigation of Ermak's films. "It simply came to our notice then. I know who made these records, I know why. I know who wanted to blackmail me personally with these records so that I could release Ermak. I am not ready to speak now, because an investigation is underway, "Zelensky said.

• After quarantine, dismiss the heads of regional administrations in case of non-fulfillment of tasks. According to the President, Serhiy Osachuk, the head of the Chernivtsi Regional State Administration, works best now.

• Build a new mosque. The mosque will be in Kyiv, its project will be agreed with the representatives of the Crimean Tatars.