The first tranche from the IMF is due in June for $ 1.9 billion. To obtain the following, Ukraine must meet a number of conditions. 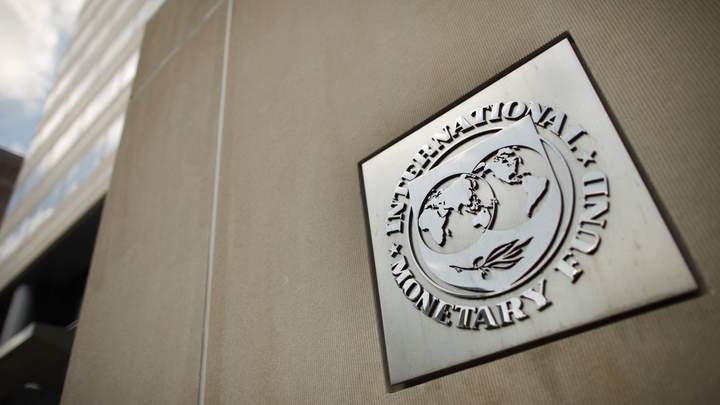 Neither the IMF nor Ukraine has yet published the memorandum, although some media outlets have already reported on tariff increases and the retirement age. The memorandum itself will appear on the IMF website on June 9, when the organization will make a decision on Ukraine. Until then, we can only rely on the statements of politicians related to the negotiations.

When and how much will Ukraine receive

In total, Ukraine will receive $ 5 billion in 18 months. This amount is divided into three tranches. The first tranche will be given in June, and Ukraine will have to fulfill the conditions for the others.

Due to the fact that the IMF will provide a loan to Ukraine, you can expect funding from other organizations:

Where will the money go

Ukraine will partially finance the budget deficit with money from the IMF. It will not work completely, because even the entire amount of 5 billion will not cover even half of the hole that appeared after the revision of the state budget - 300 billion hryvnias (11.37 billion dollars).

Part of the money will go to payout:

The head of the Ministry of Finance Marchenko told about it.

Prime Minister Shmygal spoke about the structural beacons of the IMF, which were indicated in the memorandum. These include:

• transparency of state-owned banks and state-owned companies;
• strengthening corporate governance of state-owned enterprises;
• Independent Antimonopoly Committee;
• Customs and tax reform;
• maintaining the principle of "money follows the patient" in the field of medicine;
• bringing the price of gas for the population to the market level.

Tariffs at market prices
What the Ukrainian authorities say

Note that gas prices are currently low due to the global decline in oil and gas prices due to the coronavirus, declining demand and the crisis. By the next heating season, the price situation may change and they will rise.

What is stated in the memorandum

The government is also committed to working in a competitive environment.

We will remind, payments for gas were divided that different companies were engaged in transportation and consumers could choose more favorable conditions for themselves. However, nothing has changed in six months of such a principle. Therefore, it is not yet known by what criteria the IMF will assess Ukraine's success.

What an expert says

In Ukraine, the market formation of gas prices is already operating, Ilya Neshodovsky, director of the Institute for Socio-Economic Transformation, told Channel 24. The main component in the heating tariff is also gas. Therefore, this condition actually already applies. Another issue is that the structure of the heating tariff includes capital investments for modernization. According to the expert, this is unjustified and shifts the financial burden on consumers.

The expert is convinced that this is lobbying the interests of stakeholders and wonders how the IMF allowed such conditions. Under normal circumstances, investors should invest in companies and receive dividends from them. Instead, Ukraine wants to pass it on to consumers.

It should be noted that a significant share of gas distribution in Ukraine is controlled by Dmytro Firtash, a Ukrainian oligarch, one of the richest in Ukraine with a fortune of $ 370 million.

"The IMF recommends us not to make exceptions in terms of pensions. Do not make preferential pensions for judges, prosecutors, as was the case in previous periods. That is, there are certain safeguards on the possibility of rocking the pension system. They are created, and no more risks," - stressed the head of the Ministry of Finance.

What is stated in the memorandum

According to the sources of Economic Truth, the memorandum refers to the transition to the second stage of pension reform, ie to the accumulative pension. "Establish preconditions that need to be created before the introduction of well-regulated private funded pension systems," the document said.

Ukraine has been moving in this direction for a long time. The relevant bill has already been put on the agenda.

What does the expert say about this?

According to Ilya Neshodovsky, Ukraine is not ready to move to a funded pension system. This is a necessary step, but under the current conditions it will turn into a failure and a growing budget deficit, which has already reached a record 300 billion.

In order for private pension funds to work effectively, they must engage in investment activities. In Ukraine, the securities market is underdeveloped, so such funds will have to invest in foreign assets, which is wrong. This is a withdrawal of money from Ukraine, investments must remain here. IGLBs remain the only option, but then it is more profitable for Ukrainians to invest in IGLBs themselves than to invest in these funds, says the expert.

The expert insists that the crisis is not the time for pension reform. It is necessary to pass to the second stage against the background of economic growth. Ilya Neshodovsky adds that the reform should be postponed for at least 2 years, because now the Pension Fund is already underfunded.

The Federation of Employers of Ukraine also opposed the transition to a savings system.

The IMF is losing confidence in Ukraine

The constant rotation of power for no reason, lobbying the interests of the oligarchs and the inconsistency of Ukraine are forcing the IMF to reconsider cooperation with Ukraine.

According to Ilya Neshodovsky, the IMF does not understand why two governments and three finance ministers have been replaced in the last nine months. Dealing with new people all the time, negotiating everything from scratch over and over again and not getting any explanations is tiring for international creditors. Alexei Kushch, an expert at the Growford Institute, also writes about the problem of constant change of government.

Under such conditions, it was generally expected that the Fund would put cooperation with Ukraine on hold. In the eyes of international partners, we are now a country of chaos. If before they were a country of chaos controlled, now uncontrolled. Naturally, the terms of any agreements with us will be subject to the most stringent requirements, and they themselves will be as unfavorable for us,
- the expert considers.

In addition, the IMF is losing confidence in Ukraine. The 3-year EFF program was agreed in December 2019, but it was not approved due to the fact that Ukraine delayed the implementation of the last two conditions for months - the opening of the land market and the "anti-Kolomoi" law. It should be noted that the law on banks was signed by President Zelensky only in May. But it was too late, the IMF changed the program and out of 8 billion is ready to provide only 5, if Ukraine continues to meet all requirements. Ilya Neshodovsky notes that the IMF is now tightening conditions for less credit precisely because of the loss of confidence.

Will Ukraine get all 5 billion

Already in June, Ukraine should receive the first tranche of $ 1.9 billion. However, the expert is not sure whether Ukraine will be able to get the following. Ilya Neshodovsky expresses fears that the Ukrainian authorities will not be able to do this and, in order to somehow attract money, will resort to an additional issue of the hryvnia, ie the printing of money. This in turn will lead to inflation and other problems in the economy.