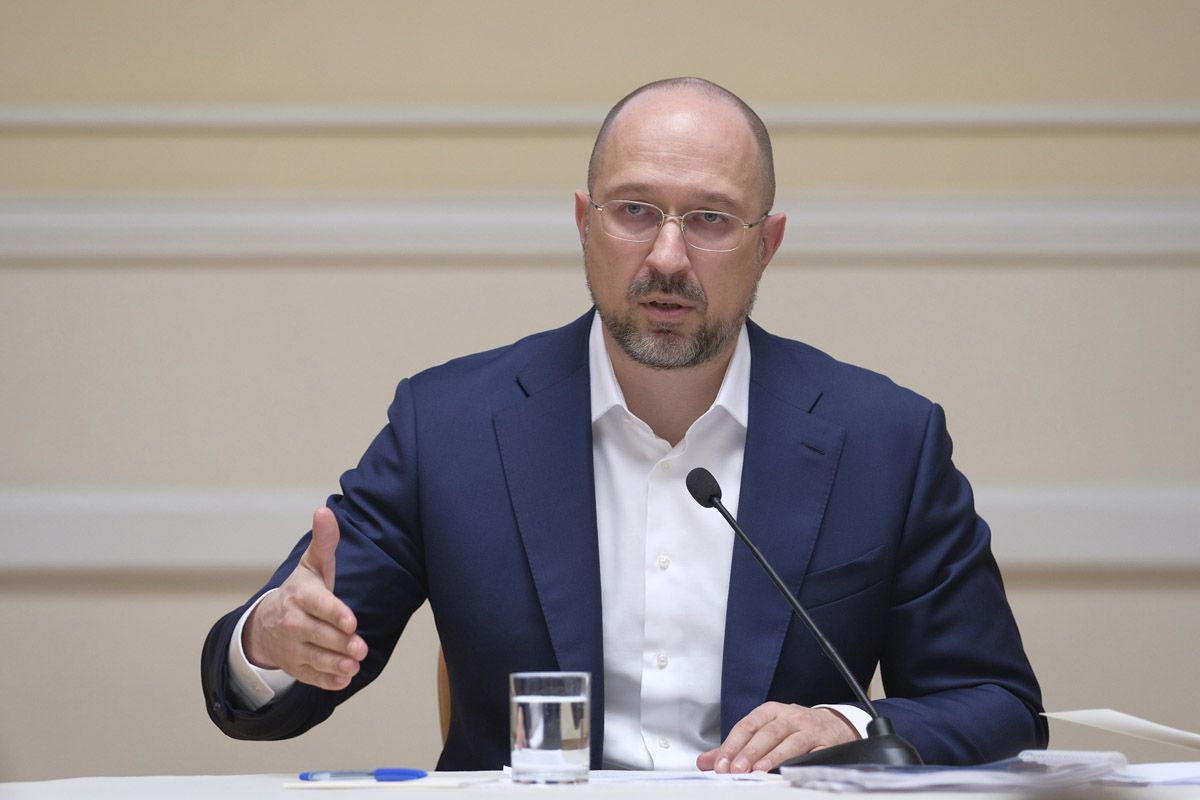 This short period turned out to be quite difficult. First of all, because of the coronavirus pandemic and the economic crisis caused by it, the head of the Cabinet of Ministers emphasized in his introductory speech. "The government introduced quarantine in time, which probably saved thousands of lives, which allowed to prepare the medical system for the tests that we will deal with in the future," - said D. Shmygal. According to him, officials managed to provide the medical system with personal protective equipment. At the beginning of the epidemic, the filling of first-wave hospitals with personal protective equipment and medicines was less than 40 percent, and the provision of hospitals with medical staff was less than 70 percent, he reminded. At present, the figures fluctuate between 70 and 80 percent. In the Cabinet of Ministers, this is seen as the readiness of the medical system to receive a large enough number of patients if necessary.

The Prime Minister also stressed that in emergency conditions it was possible to quickly take measures to support vulnerable groups, small and micro businesses. "Without delay, all decisions were made to increase and index pensions, to reduce the registration of the unemployed, to accelerate the accrual of benefits, to increase the amount for individual entrepreneurs who have children. It was the moral and material responsibility of the state to people who lost the opportunity to earn money through quarantine, "he said.

One of the main tasks for the government this year was the warming of the economy. To do this, they say, use "classical approaches known around the world." Namely - increase in government orders, support of own producers, investment in construction, etc. In addition, during the first 100 days of its work, the Cabinet of Ministers gave a new impetus to decentralization reform. "We have completed the formation of a long-term plan for communities throughout Ukraine. Now we are discussing the formation of districts. We will form 129 out of 430 districts, and this will be the completion of the main stage of decentralization reform, ”said Denis Shmygal. He stressed that the reform will be completed this year - and local elections in the fall will be held on a new administrative-territorial division.

The Prime Minister noted the importance of adopting a stimulus program. Competent scientists, businessmen, representatives of associations, analysts and experts were involved in the Council for Economic Development of Ukraine, who helped the government to draw up a powerful program to overcome the consequences of COVID-19. It is called "Economic Recovery" and contains more than 230 specific measures, said D. Shmygal. He also reminded of the establishment of the Anti-Crisis Headquarters in the field of energy and the coordination of the Memorandum with producers of electricity from renewable sources.

"For the first time in five years, the government has directly joined the Minsk talks, in which Deputy Prime Minister for the Reintegration of the Occupied Territories Oleksiy Reznikov is taking part," the Prime Minister stressed, adding that the government will actively continue this work to bring the peace settlement as close as possible.

Talking to journalists, D. Shmygal told in more detail about the program "Great Construction". According to information published on the official website of the Cabinet of Ministers, one of its components - road construction - has gained special importance in the context of global warming. This year they intend to allocate almost 100 billion hryvnias for the road construction program.

At the same time, according to D. Shmygal, one of the priorities that will give impetus to the development of the Ukrainian economy is the privatization of state-owned enterprises. It should revive small and medium-sized businesses. "In Ukraine, almost four thousand enterprises are in various states - there are half-destroyed, half-bankrupt with debts ... And such inefficient small and medium enterprises must be privatized in the first place. To give people the opportunity to put things in order there, earn money, pay taxes, create new jobs, "the head of government said. But it is incorrect to talk about the sale of large enterprises in the current conditions, because so far it cannot be a question of the market price, Denis Shmygal summed up.