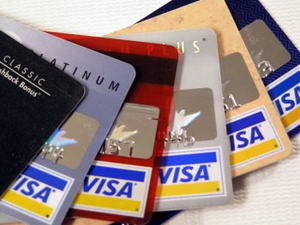 Elderly people imposed to take bank cards - they say it in the Ukrainian Association of Retired Persons. Financial institutions profit considerably from such clients. Old people spend a little and save money. So if they are not under the pillow, banks are free to use them. In the Pension Fund indicate that they are not forced to take cards, though they are interested to give more cards. About the lack of ATMs in rural areas officials are keeping silent.

Almost half of the 14 million pensioners receive their funding on bank cards. Of these, 1.6 million - live in villages where neither ATM nor financial institution. Therefore, elderly people must overcome tens of kilometers to withdraw money.

In the Association of Retired Persons members are saying that the people imposed to such a way of payments; it is good earning for banks and saves for the pension fund. Because pensioners are economizing, so banks can freely use their funds.

Volodymyr Dziobak, Chairman of the Board of NGO “Ukrainian Association of Retired Persons”: "Pensioners are the most conservative, the most sustainable contingent, which consistently keeps the accounts. That mean retired people does not remove money to the last penny, do not know how much of money they still preserve in the accounts. Though today the bankers pay a certain percentage on the balance, but it lags behind, for example, the level of inflation."

In the Pension Fund recognized that are interested to as many as possible pensioners receive a pension on the card. Then it will lower the costs of postal services. In 2011, due to it already saved one billion three hundred thousand. They say card issuing and serving free and paid only certain banking services, which may be abandoned.

Ludmila Sokolova, director of the department of consolidated budget of PFU: "We are in much of the interest to motivate banks to work to attract retirees. We have no right to force pensioners to open bank accounts. This is only voluntary. If a person does not want to, he/she gets it through the post office, which is closer to his home at his/her residence ".

Meanwhile, civic organizations saying that the money to the card should be paid only when the pensioner lives within 500 meters from the nearest ATM. If this way of payment imposed it should be written an application with a complaint to the local office of the Pension Fund and registered under a certain number. If for a long time will not come an answer, the application should be addressed to a higher institution. In case of repetition of such situation - to the prosecutor or to the court.