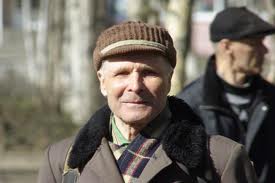 According to Lydia Tkachenko, a leading researcher of the Institute of Social and Demographic Studies of the National Academy of Sciences, only 70% of men and 85% of women in Ukraine have a chance to draw the first pension. The expert added that after reaching the retirement age, the average life expectancy for men is 15, 5 years and for women 20 years.

In the demographer's opinion, for developers of the pension reform, the general span of life is not as much important, as how long they live after retirement.

According to the Institute of Social and Demographic Studies, Ukrainian people dye on the average  12-13 years earlier than those from the European Union. The expert said that such rates had been caused by the improper structure of medical services. The state should allocate more funds to the health care system.

It will be recalled, that the Law of Ukraine "About measures to support the legislative reform of the pension system" came into force on 1 October 2011. It provided the raising of the retirement age for women from 55 to 60 years, for men and civil servants - from 60 to 62 years. It also provides raising of the length of pensionable service, necessary for award of pension, - from 5 to 15 years; raising the length of service required for award of minimum pension for men - from 25 to 35 years, for women - from 20 to 30 years.