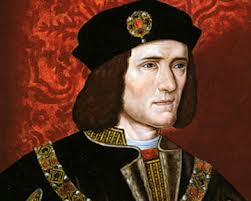 SCIENTISTS have confirmed that 500-year-old remains found under a car park in the city of Leicester are those of England's King Richard III.

University of Leicester researchers say tests on a battle-scarred skeleton unearthed last year prove "beyond reasonable doubt" that it is the king, who died at the Battle of Bosworth Field in 1485, and whose remains have been missing for centuries.

Archaeologists had been speculating excitedly for months that the skeleton - with its curved spine, cleaved skull and an arrow in its back - could be the bones of Richard III.

And DNA from the skeleton matches a sample taken from a distant living relative of Richard's sister.

The last English monarch to die in battle, Richard was depicted in a play by William Shakespeare as a hunchbacked usurper who left a trail of bodies - including those of his two princely nephews, murdered in the Tower of London - on his way to the throne.

Many historians say that image is unfair, and argue Richard's reputation was smeared by his Tudor successors.

That's an argument taken up by the Richard III Society, set up to re-evaluate the reputation of a reviled monarch.

"It will be a whole new era for Richard III," society spokeswoman Lynda Pidgeon said.

"It's certainly going to spark a lot more interest. Hopefully people will have a more open mind toward Richard."

Richard III ruled England between 1483 and 1485, during the decades-long tussle over the throne known as the Wars of the Roses.

His brief reign saw liberal reforms, including introduction of the right to bail and the lifting of restrictions on books and printing presses.

His rule was challenged, and he was defeated and killed at the Battle of Bosworth Field by the army of Henry Tudor, who took the throne as King Henry VII.

For centuries, the location of Richard's body has been unknown.

Records say he was buried by the Franciscan monks of Grey Friars at their church in Leicester, 160km north of London. The church was closed and dismantled after King Henry VIII dissolved the monasteries in 1538, and its location was forgotten.

Then, last September, archaeologists searching for Richard dug up the skeleton of an adult male who appeared to have died in battle. The skeleton was found in the area that was once Grey Friars church, where Richard III was recorded to have been buried after his death in battle. The bloodied body of the king was paraded naked through the streets before being buried in an unmarked grave.

Initial examinations showed the bones to be those of an adult male. There were signs of trauma to the skull, perhaps from a bladed instrument, and a barbed metal arrowhead was found between vertebrae of the upper back.

The remains also displayed signs of scoliosis, which is a form of spinal curvature, consistent with contemporary accounts of Richard's appearance, though not with Shakespeare's description of him as a "deform'd, unfinished" hunchback.

Researchers conducted a battery of scientific tests, including radiocarbon dating to determine the skeleton's age. They also compared its DNA with samples taken from a London cabinet-maker identified as a 17th great-grand-nephew of the king's older sister.

Speaking at the press conference at the University of Leicester, Dr Turi King, project geneticist, said there had been concern that DNA in the bones would be too degraded: "The question was could we get a sample of DNA to work with, and I am extremely pleased to tell you that we could."

She added: "There is a DNA match between the maternal DNA of the descendants of the family of Richard III and the skeletal remains we found at the Grey Friars dig."

She said Michael Ibsen, a Canadian carpenter living in London, shares with the skeleton a rare strain of mitochondrial DNA. She said combined with the archaeological evidence, that left little doubt the skeleton belonged to Richard.

Ibsen said he was “stunned” to discover he was related to the king - he is a 17th great-grand-nephew of Richard's older sister.

“It's difficult to digest” he said.

“I don't think there is any question - it is Richard III,” said Pitts, who was not affiliated with the research team.

He said it was one of the most exciting archaeological discoveries in ages.

“The identification of the king is just the very beginning of a whole range of new ideas and research that will change the way we view this period of history,” he said.

The Mayor of Leicester, Peter Soulsby, said the monarch would be interred in the city's cathedral.