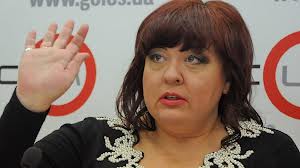 Fate is not fatality, but only an offered from above opportunity! - said Elena Kurylova, the winner of the sixth and eighth seasons of the Ukrainian "Battle of psychics", partiipant of the first season of TV show "The investigation led by psychics" on Channel "STB", during the online conference at the press-centre of "HolosUA".

According to psychic's statements fate is a fixed bar-code, a certain number of white and black dots on the sheet of life. But which way people choose to go from one point to another depends only on themselves. Anyway each of these ways is their free choice. The stronger the spirit and mind of a person, the less crucial points there are in their life, the more they are able to write in the book of life on their own.

We have to be attentive to our neighbours and to understand that everything happens for a reason. Fate leads us to a certain place and gives encounters with certain people. As result people’s further life largely depends on the fact how they use this opportunity.

Shape your own destiny; lay down your chosen bricks onto the foundation of life!

Advise from Elena Kurylova: 2013 will be difficult, but do not stop - go ahead! Make use of the principal,  "Measure your cloth seven times before you cut".