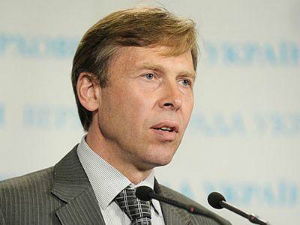 “The pension reform, which was adopted by the Verkhovna Rada,  has not yielded any results so far, as pension fund deficit has increased by one third”,- Sergey Sobolev, an MP of "Batkivschyna" faction, said in a live broadcast  of "Shuster Live".

According to Sobolev, figures show that the reform has completely failed, for deficit of the pension fund has grown from 61 billion to 81 billion UAH.

He also pointed out that due to the increase in the retirement age, hundreds of thousands of women had been affected and had not been able to retire on a well-deserved pension owing to a 10-year increase in the length of service required to claim a pension.

It will be recalled, that the new pension reform came into force on 1 October 2011.

This legislative act adopted the increase in the statutory retirement age for women from 55 to 60 years, with a gradual six- month-a-year increase within 10 years' time. The minimum length of service needed to be able to receive the old age pension increased from 5 to 15 years.