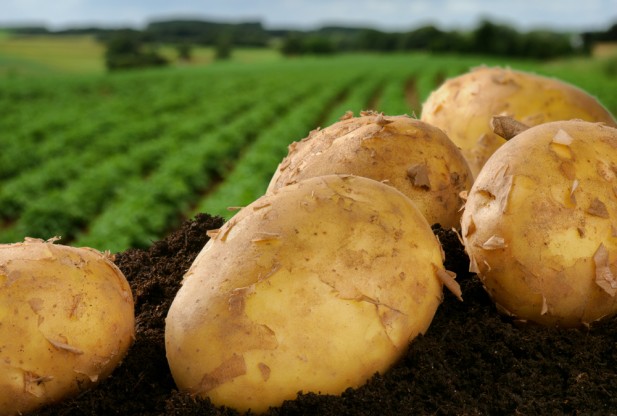 New research presented Tuesday at the annual Experimental Biology 2013 conference in Boston, Massachusetts points to a link between consuming white potatoes and an increased intake of potassium.

According to the study, for each additional kilocalorie of white potatoes consumed by adults 19 years of age and older, there was a corresponding 1.6 mg increase in potassium intake as well as a 1.7 mg increase among children and teenagers between the ages of two and 18. Furthermore, the authors determined that a person’s gender, age, race and education level were predictive of potassium intake, but income and body mass index were not.

“Very few Americans get enough potassium, which is a key nutrient that helps control blood pressure,” co-author Maureen Storey, president and CEO of the Alliance for Potato Research and Education (APRE), explained. “Our study shows that the white potato is a particularly nutrient-rich vegetable that significantly increases potassium intake among adults, teens and children.”

In fact, Storey’s group said that 97 percent of Americans have a subpar intake of potassium. According to the researchers, diets which include foods that are high in potassium and low in sodium could reduce the risk of high blood pressure and stroke. White potatoes, whether they have the skin on them or not, are naturally fat-free and cholesterol-free while also being low in salt.

“For example, a small (138 g) skin-on, plain baked potato provides 738 mg potassium and only 128 calories. A large banana (136 g) provides about the same number of calories, but far less potassium (487 mg). Calorie for calorie, the white potato delivers more potassium than bananas,” the researchers said in a statement.

“Even without its skin, the flesh of the white potato is a potassium powerhouse. Just one cup (122 g) of baked potato without the skin provides 477 mg potassium,” they noted, and Storey added that the skin of the potato alone is “a significant source of key vitamins and minerals, such as potassium.”

She and her colleagues analyzed the nutrition intakes of children and adults of various ages using data obtained from the National Health and Nutrition Examination Survey (NHANES) 2009-2010. They discovered that, across all age groups, potassium, dietary fiber, calcium and vitamin D intakes were all below the recommended daily allowance (RDA) or adequate intake (AI) levels recommended by the Institute of Medicine.

According to Storey, their work suggests that most Americans – from children through adolescence and even into adulthood – are failing to meet dietary recommendations for key nutrients, and that eating white potatoes could play a crucial role in helping to alleviate that problem, at least when it comes to potassium. Storey and co-author Patricia Anderson will submit a paper detailing their findings to a peer-reviewed journal in the near future.