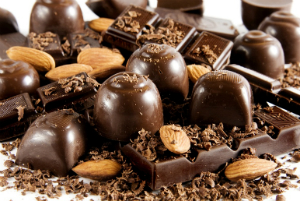 Try these delicious defenders against sunburn, wrinkles and skin cancer

They're rich in lycopene, a UV-protecting compound that gives tomatoes their red color — but prevents such hues on your skin. In various studies, sunburn protection increased as much as 40 percent among those who eat the equivalent of five tablespoons of tomato paste daily for up to three months — while also boosting collagen to prevent skin sagging and wrinkles. Off-the-vine is better than nothing, but heat concentrates lycopene levels, so more is packed in processed or cooked tomatoes found in ketchup, paste, soup and juice.

Few foods contain more beta-carotene, a type of vitamin A known to prevent — or at least minimize — sunburn damage in people who are sun-sensitive. For everyone, though, sweet potatoes have other skin-saving benefits. They are rich in vitamin C and copper to boost collagen production and they provide selenium to keep skin elastic. They may even help protect against developing certain types of cancer.

For fewer wrinkles, aim for a half-teaspoon per day. Researchers find that flaxseed's abundance of omega-3 fatty acids — best known as the "good" fats that protect your heart — helps "plump" skin by attracting water to skin cells. Flaxseed is also rich in fiber and lignans, antioxidants that some studies found reduced hot flashes, improved blood sugar levels and possibly protected against some cancers.

Drink one to two cups of green or black tea a day to protect against sunburn, prevent wrinkles and possibly reduce the risk of skin cancer as much as 30 percent, several studies suggest. The standout substance in green tea is EGCG, shown to fight skin inflammation and improve elasticity; in black tea, credit goes to quercetin, known for various skin-protecting abilities. No matter the color, studies indicate that hot tea is more effective than iced.

The more spinach you eat, the lower your risk of developing skin cancer, say Australian researchers who conducted an 11-year study. Reason: Spinach, kale and other dark green leafy vegetables are packed with folic acid; vitamins A, C and E; and other components that boost the skin's natural defense against UV-caused damage. Three servings per week helped those with a previous history of skin cancer slash their risk of recurrence 55 percent.

The antioxidants in pomegranate show some promise in warding off several types of cancer — possibly packing a more protective punch than red wine or green tea, according to some research. Scientists say that pomegranate may also inhibit the formation of cancer in skin cells.

They're packed with vitamin E, which defends against sun damage and is often added to skin creams. In one study, participants getting 14 milligrams of vitamin E per day — the amount found in 20 almonds —had less sunburn when exposed to UV light than their almond-abstaining counterparts. Another benefit: Like tea, apples and onions, almonds are rich in quercetin, which also protects against UV damage and the breakdown of collagen that causes wrinkles.

Too much alcohol wreaks havoc on the skin, but an occasional beer might actually be good for your complexion. Melatonin, a naturally occurring hormone found in beer, is best known for controlling the sleep-awake cycles. It's also a powerful antioxidant that, among other benefits, helps protect skin against UV damage. For added oomph — and popular summer citrus flavoring — add lemon or orange peel, rich in an ingredient called limonene that's linked to reduced risk of squamous cell skin cancers. Not a fan of beer? Melatonin is also found in tart cherries, wine and olive oil.

In addition to protecting against heart disease, stroke and other conditions, the bounty of flavonols in dark chocolate may bolster resistance to sunburn and other damage caused by UV exposure. How? Studies indicate these powerful antioxidants increase skin density and reduce roughness by boosting hydration and blood flow to skin tissues. Once again, researchers stress that the benefits come only from dark chocolate — ideally the kind with at least 70 percent cacao.