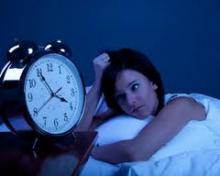 Chronic pain, especially fibromyalgia, is more likely to occur in women with sleep disorders and insomnia than it is in well-rested women, according to a new Norwegian study.

Women who suffered disorders such as insomnia or other serious sleep deprivation about tripled their risk of fibromyalgia, according to the report, which was published in Arthritis & Rheumatism. Even women who reported occasional difficulty in sleeping had double the risk of the chronic pain disease, which affects women 95% of the time.

Most medical researchers knew that women with chronic pain and fibromyalgia often reported difficulty sleeping, which in turn worsens the pain. Scientists weren't sure about the cause and effect of the two symptoms, though. So, the study authors, researchers from the Norwegian University of Science and Technology, invited all women in Nord-Trondelag County in Norway to participate in the study.

Of the 12,350 women who answered questionnaires and received clinical exams, about 3 percent reported having developed fibromyalgia after the second round of the study, according to the Huffington Post. Of those women, the risk was greater for women reporting chronic sleep difficulty, especially in women over 45.

Other prominent researchers pointed out that not enough background information on participants was given, such as whether women were going through menopause or had trauma earlier in life, since those two factors also place women at a much greater risk for chronic pain.

The study authors also say that while the link is there between sleep deprivation and fibromyalgia, it's still unknown what exactly causes the greater risk and say further study is needed. In the meantime, though, the researchers stressed the importance of treating sleep disorders while helping patients with pain management.