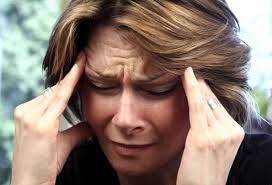 You enjoy a glass of red wine, but an hour later, even the dimmest lights make your head throb. Coincidence? Probably not.

Migraine headaches – those chronic, severe headaches that typically cause intense, crippling pain that is often accompanied by nausea, and sensitivity to light and sound – have triggers, or factors and events that make them more likely to occur. Not every migraine sufferer has the same triggers, and the same migraine sufferer might not react to her triggers the same way every time. Sometimes, it’s not a single trigger, but a series of triggers that cause the migraine. For example, a woman might not get a migraine from skipping a meal, but might get a migraine from skipping a meal on a day in which she’s had inadequate sleep or too much caffeine.

Women are three times as likely to have migraines as men, and their triggers may be slightly different. According to the National Institutes of Health and the U.S. National Library of Medicine, many women with migraines experience the following triggers:

The good news? Identifying your migraine triggers can help you avoid migraines. Start keeping a migraine diary. Every time you have a headache, write down where you were and what you were doing when the migraine started, what you ate in the 24 hours before the attack, and what day of your period you were on when the headache started. This can help you identify patterns. For example, if you get migraines whenever you have a hot dog with Diet Coke, your migraines might be triggered by nitrates, aspartame and caffeine.

Of course, you can’t always avoid migraine triggers like weather changes or lights, so it’s a good idea to keep a migraine treatment on hand. One all-natural migraine remedy, Lipigesic M, uses feverfew and ginger to reduce the inflammation that causes migraine headaches.