Measured on GDP the EU economy dwarfs that of the ECU. Estimated at $16.17 billion, it is 5.6 times larger than the Russia-led union, providing a larger market for future members. Stacked up against the 28 EU members based on GDP per capita, the ECU member states do not fare any better. Russia, Belarus and Kazakhstan share the bottom five spots with Bulgaria and Romania. 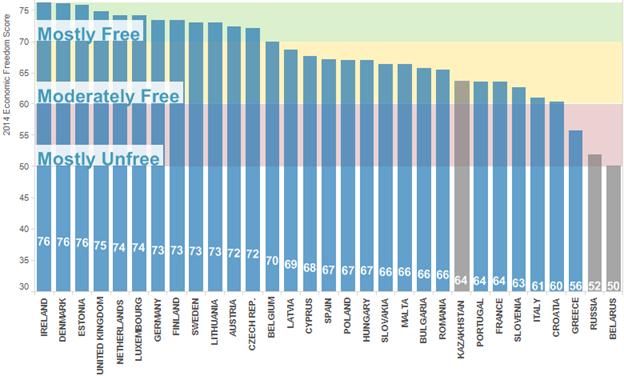 Quality Of Institutions And Corruption

Associating with any union has spillover effects which reflect in political, economic or social life. If the goal of any transitioning former Soviet republic, such as Ukraine, Georgia and Moldova, is achieving higher economic growth, advancement of political and civil rights and institution building, the choice between the EU and the ECU is a no-brainer. The EU’s superiority also explains why the Kremlin uses military power to coerce its former satellites to stay in Russia’s orbit. Moscow just has much less to offer.