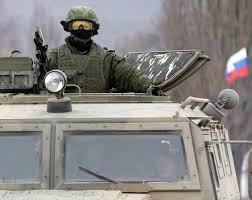 For weeks now, our country’s focus has been on every issue besides Ukraine.

Ebola, ISIS and the midterm elections have taken over our newspapers and our television sets. And not without due cause – each of these issues certainly deserves our attention.

But in the midst of all this, we have been ignoring the crisis in Ukraine, which continues to tear apart the country’s East and poses a serious threat to democracy in the Europe and  worldwide.

The most recent news out of Donetsk shows that shelling and artillery fire has not dissipated since the ceasefire was announced in September, as fragile as it was even from the start.

According to monitors and journalists, there are unmarked convoys of heavy weapons, tanks and fighters close to the city. And true to form, Russia continues to deny supplying the separatist rebels.

The White House issued a statement calling continued violence from pro-Russian rebels a “blatant violation” of the ceasefire. And UN Security Council spokeswoman Bernadette Meehan said, “We are very concerned by intensified fighting in eastern Ukraine, as well as numerous reports… that Russian backed and supplied separatists are moving large convoys of heavy weapons and tanks to the front lines of the conflict. We continue to call on all sides to strictly adhere to the ceasefire. Any attempt by separatist forces to seize additional territory in eastern Ukraine would be a blatant violation of the Minsk agreements.”

I think that we’re past the point of wondering what separatist forces are after and know that it’s just a matter of time before they – aided by the Russians – make a move for additional territory. To date, 4,000 lives have been lost since pro-Russian separatists took Donetsk and Luhansk.

I’m sure no one would disagree that even one life is too many, let alone 4,000.

I recently received a report from Ukraine from a friend and colleague, Tatiana Shvachuk, an independent political activist who came to America at the age of 12 and now lives between the US and Ukraine.

These refugees have moved into apartment buildings, and their presence has been accompanied by an increase in break-ins and theft. The refugees say they’re afraid, and with good reason. Others, especially those that support Russia, are more aggressive and complain that there’s no reason why Western Ukrainians would want to be more European since their lives are already so good compared to the way those in the East live.

According to Shvachuk, she is “very concerned about [her] cousin who lives in Dnipropetrovsk region bordering Donetsk.” She continued, “He is a priest and has three small children, but says he can’t leave a sinking ship when people need his help. He is located about an hour drive from the ATO (anti-terrorist operation) region. [He has been] helping the army in the ATO region [that] have been blacklisted to be shot. Some were able to flee and some were not so lucky. I just hope he has enough brains to get out soon, because things are not calming  down.”

There is an overwhelming sense of fear in Ukraine, and with good reason. The sensible approach is to leave the country, but it is also understandable that many would stay – it is their home and they are fighting an important fight.

All of this adds up to an incredibly troubling situation in Ukraine and also one for those of us in the West who are invested in Ukraine’s future.

To this end, it is critical that we see Ukraine take a prominent place on our national agenda once more. They continue to need our help – both economic and militarily – in this fight for their freedom from Russia.