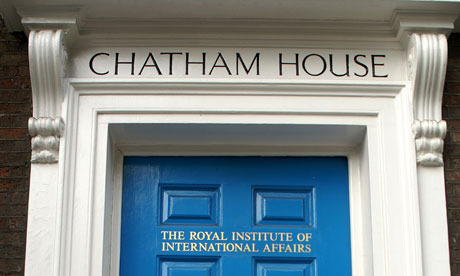 The West has yet to absorb the full implications of Russia’s descent into authoritarian nationalism. Western governments need to think much more deeply about the level of support that should be provided to Ukraine; how to respond to future crises; and above all, how Russia can be managed over the long term for the greater security of Europe.

The root cause of the challenge posed to the West by Russia lies in the country’s internal development, and its failure to find a satisfactory pattern of development following the collapse of the Soviet Union. Vladimir Putin and his circle are not the same as Russia and its people, and their interests do not necessarily coincide. The West has neither the wish nor the means to promote, or for that matter to prevent, regime change in Russia. But Western countries need to consider the possible consequences of a chaotic end to the Putin system.

The West needs to develop and implement a clear and coherent strategy towards Russia. As far as possible, this strategy must be based on a common transatlantic and European assessment of Russian realities. In particular, policy should draw on the evidence of Russia’s behaviour, not on convenient or fashionable narratives.

As outlined in more detail in the Executive Summary at the beginning of this report, the West’s strategy needs to include the following clear goals, and establish the near-term means and longer-term capabilities for achieving them:

Strategic goals for the West

·         To deter and constrain coercion by Russia against its European neighbours, for as long as is needed, but not to draw fixed dividing lines. The door should be kept open for re-engagement when circumstances change. This cannot be expected with any confidence under Putin.

·         To restore the integrity of a European security system based on sovereignty, territorial integrity and the right of states to determine their own destinies.

·         To find better ways to communicate to the Russian regime and people that it is in their long-term national interest to be a part of a rules-based Europe, not an isolated regional hegemon.

·         To explain Western policies consistently and regularly in discussions with China, and to all former Soviet states, most of which have reason to be concerned about Russian policies, whether or not they admit it.

·         To prepare for the complications and opportunities that will inevitably be presented by an eventual change of leadership in Russia.

·         Not to isolate the Russian people. It is not in the Western interest to help Putin cut them off from the outside world.

OSCE seeks to contact the "PRD" to cease fire in Maryinka,

but rebels do not answer

Representatives of the OSCE mission to Ukraine, who had recorded a bombardment of an inhabited settlement, were not able to get in touch with PRD representatives in order to negotiate a ceasefire on the outskirts of Maryinka, an OSCE report on the situation near the settlement of Maryinka reads.

Between 07:00 and 08:00hrs, the SMM – mobile in an area 6-9km east of Maryinka – observed seven T-64 MBTs facing west. In addition, it heard, on two separate occasions, more than five salvos of outgoing MLRS (BM-21) rockets and heavy-mortar rounds; and 12 outgoing MLRS Grad rockets and mortars.

The SMM made several attempts between 10:45 and 12:11hrs to contact high-ranking “DPR” personnel – including the “DPR” “prime minister”, “parliamentary speaker”, “minister of defence” and “chief of the general staff” – in order to facilitate a cessation to the fighting around Maryinka. Either they were unavailable or did not wish to speak to the SMM.

At 15:00hrs the SMM received a letter from the Ukrainian Ministry of Defence, saying Ukrainian Armed Forces heavy weapons would be placed on the contact line in order to deal with the “real threat” posed by the fighting in Maryinka, which they said had started at 06:00hrs that morning. Ukrainian officials later publicly acknowledged that the weapons had been used, saying their use was necessary in thwarting a “DPR” attack.

The Representative of the Russian Federation Armed Forces to the Joint Centre for Control and Co-ordination told the SMM at 15:00hrs that a ceasefire around Maryinka would take effect at 17:00hrs. He told the SMM at 21:00hrs that the situation around Maryinka was currently calm. At around 19:00hrs a representative of the Anti-Terrorist Operation command in Kramatorsk and the “DPR” “ministry of defence” confirmed to the SMM that Maryinka was under government control.

Rebels continued to assault ATO positions in the period from 6 o'clock, June 3 till the morning of June 4, the ATO press-centre reports.

"Having failed near Maryinka, rebels were able to attack only at night-time," a statement reads.

In the Mariupol direction, insurgents carried out attacks on Shyrokine with artillery, mortars, and grenade launchers and machine-guns.

In the Artemivsk direction, rebels fired grenade launchers on Zolote and machine-guns on Leninske.

In the Donetsk direction, gunmen shelled Pisky with mortars and Novotroitske with grenade launchers.

18 UAVs were recorded over the ATO area in the past 24 hours.

Moskal: OSCE observers partying 24/7 and do not go to separatists

Rebels have not withdrawn heavy artillery from the demarcation line, but representatives of the OSCE mission do not report this, for they do not enter into occupied territories, the governor of the Lugansk Regional Military and Civil Administration, Gennady Moskal said in an interview with Radio Liberty.

"Dear OSCE should not spend time sitting in the restaurant of the hotel "Myr" and drinking beer and whisky from morning till night, but go to the [occupied-ed] territory," the head of the Lugansk region said.

According to Moskal, OSCE observers "do not want" to drive to rebel-held areas.

"I always see them in the hotel, where they are living. When someone comes to the administration and we take him out for lunch, we always spot them sitting there. I even said once to waiters: "Is it an English club here, or something?”

5 service members were killed and 38 others sustained wounds in the ATO area in the past 24 hours, a spokesman for the Ukrainian National Security and Defence Council, Andriy Lysenko, reported at a briefing on Thursday.

According to Lysenko, ATO forces suffered the biggest losses in battles near Maryinka and Luganske.

Record number of rebel UAVs recorded in the ATO area

"A record number of drones - 62 devices (38 UAVs were recorded yesterday - Ed.) - was observed over the ATO area in the past 24 hours. Other 2 Russian aerial vehicles were seen flying along the Russia-Ukraine border in the Lugansk region, a spokesman for the Presidential Administration on ATO issues reported at a briefing on Thursday.

The Verkhovna Rada has approved the legislation that allows troops of foreign states and military alliances to be invited to Ukraine for conducting international peacekeeping operations.

240 MPs voted for the bill on Thursday.

Moreover, the law forbids the states "involved in armed aggression against Ukraine" to participate in such operations, which excludes Russia from taking part in peacekeeping missions.