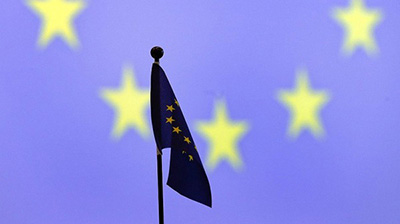 despite violations of the Minsk agreement

The European Union is attempting to convince the Ukrainian authority to implement "late provisions" of the Minsk agreement, in particular those related to the special status of Donbass, without waiting for pro-Russian puppet authorities to fulfil their part, the article  "Minsk version 2.5" published in "Evropravda reveals a new Brussels idea in favour of the Kremlin.

European Commissioner for European Neighbourhood Policy and Enlargement Negotiations Johannes Hahn announced a request to the Ukrainian government during his recent visit to Kyiv, where he met with Ukrainian MPs and President Petro Poroshenko.

Deputy Chairman of the Committee of the Verkhovna Rada of Ukraine on Foreign Affairs Ivanna Klympush-Tsintsadze confirmed that such a request had been made.

Klympush-Tsintsadze also stated that despite the first steps of the Minsk agreement had not been fulfilled, for the ceasefire had not been observed, and heavy weapons had not been withdrawn, hostages had not been released, the EU suggests Kyiv should fulfil the fifth and seventh provisions of the agreement.

At the same time, the Foreign Ministry said Kyiv had not been pushed to grant this new status to Donbass, but to "discuss" the possibility.

General Staff: The most difficult situation in the Artemivsk direction

The situation in the ATO area reveals growing tensions in certain areas, the press service of the ATO Headquarters reported on Facebook.

Rebels carried out 85 attacks on army positions and infrastructure facilities of residential areas in the past 24 hours, June 22.

The tensest situation was reported yesterday in a number of settlements around Donetsk.

The most intense rebel activity was recorded in the Artemivsk direction. They carried out almost ten attacks on Popasna, Zolote, Rozivka, Zaytseve, and Troizke with 122-mm artillery systems and 120-mm mortars.

More than ten rebel drones were spotted over positions of ATO forces overnight, mainly in the Lugansk region.

The IRG reports about active repositioning of enemy artillery and military hardware to Gorlivka. Rebels are massing weapons in areas to the north and west of the town, Dmytro Tymchuk, the coordinator of the group, writes.

An armoured unit comprised of 7 tanks, 2 ICVs and one multi-purpose light-armoured towing vehicle, and accompanied by several Ural trucks was redeployed within the town to the Lenin mine.

Part of rebel equipment is due to depart from Lugansk to the so-called Lutugin rebel training centre.

An armoured unit consisting of 2 APC-80s, one ICV-2 and one ICV-1, as well as 70 gunmen arrived in Telmanove.

Heavy guns were spotted near Novoazovsk heading toward Mariupol.

Moskal: The Lugansk region has not seen such fierce attacks since the beginning of the year

Rebels flattened the Popasna water plant at night, resulting in a significant number of settlements located at the demarcation line in the Popasna district being left with no water,

Chairman of the Lugansk Regional State Administration Gennady Moskal reported on his webpage on Tuesday.

"It was a purposeful attack on life-supporting infrastructure situated on the government-held territory of Ukraine, Moskal said.

1 soldier killed, and 12 others wounded in the past 24 hours

1 soldier was killed in the past 24 hours of the anti-terrorist operation, a spokesman for the Ukrainian National Security and Defence Council, Andriy Lysenko, reported at a briefing on Tuesday.

There was a lull in the fighting yesterday in the Mariupol direction. The only breach of the ceasefire by rebels was recorded in the village of Shyrokine.

According to the operative data, the enemy moves heavy armaments from the Sea of Azov to other parts of front lines.

In the Donetsk direction, battles around the Donetsk airport are raging around the clock. Moreover, rebels shelled settlements situated quite far away from front lines, namely Yasnobrodivka and Pervomayske, Yasynuvata district. These attacks must have been conducted with 122 mm cannons, Lysenko stressed.

In the Lugansk direction, militants intensified their activity along the whole battle line. In particular, the enemy shelled the village of Nyzhnye located 10 km away from front lines with Grad MLRSs yesterday before the sunrise. Furthermore, the settlements of Troitske, Zolote, Novotoshkivske, Stanyzia Luganska, and Bolotenne came under mortar and artillery fire.

Freedom House: Russia has departed from democracy to the maximum

Russia saw its biggest loss of democracy in a decade last year, while it and other authoritarian states took aggressive action to block efforts to form new democracies elsewhere in Europe and Eurasia, a new report by Freedom House finds.

Russian President Vladimir Putin's moves to annex Crimea and back separatists in eastern Ukraine waging civil war against Kyiv had a cascading effect of stifling democracy at home and snuffing out freedom and democratic achievements in neighbouring regimes, said the U.S.-based watchdog group in its annual Nations In Transit report, which monitors the democratic development of 29 nations from the former Soviet Union, Balkans, and Central Europe.

"Russia has been at the centre of Freedom House’s narrative, as regards Eurasia, for a number of years," the report's author, Sylvana Habdank-Kolaczkowska, told RFE/RL, but last year Russia's disruptive influence grew exponentially because of the "escalation of Russia’s aggression internationally and the new forms that it took.”

The fallout from Russia's crackdown on democracy and freedom was felt both at home and abroad.

"As it sought to destabilize the new democratic government in Ukraine, the Kremlin stepped up its suppression of dissent at home -- targeting online media, opposition figures, and civil society groups with legal bans on extremism, trumped up criminal charges, and other restrictions," Habdank-Kolaczkowska said.

Putin's struggle for survival in the face of an economic embargo by the West, combined with his efforts to justify his actions in Ukraine, led to a dubious achievement, she said: "The birth of a new kind of Russian propaganda -- with Russian state-controlled media broadly disseminating misinformation, targeting mostly countries that have large Russian-speaking minorities."

This new media-propagated propaganda tool has, along with Russia's nearby military exercises, been making the Russian-speaking peoples of other Eurasian countries feel "extremely insecure," inhibiting democratic efforts in those countries, she said.

Despite Russia's attempts to intervene in Ukraine and the collapse of its own democracy rating, Ukraine managed to spur a big jump of four notches in its rating, thanks to the collapse of Viktor Yanukovych’s corrupt presidency and two rounds of well-administered, competitive elections, the report found.