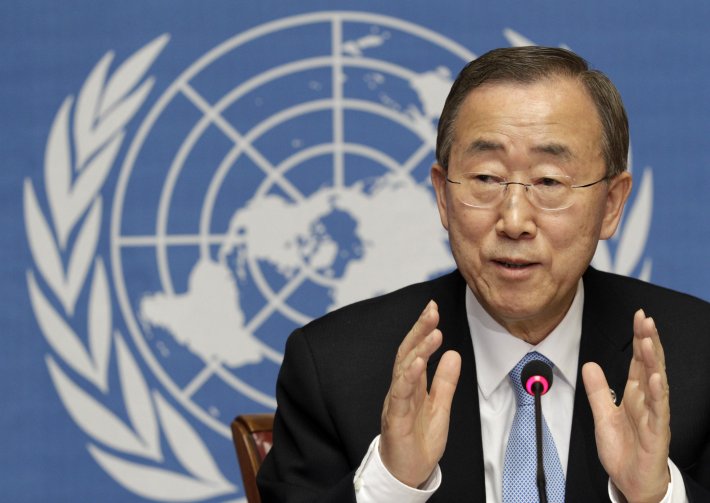 UN Human Rights Monitoring Mission, which has been working in Ukraine since March, last year, positively appraises reforms launched by the government including those related to the decentralization of power.

“The Monitoring Mission expresses its appreciation regarding the initiated reforms undertaken by Ukraine, taking into consideration tensed security, economic, and political situation in the country,” according to the statement.

UN Secretary General for Human Rights Assistant Ivan Shymonovych underlined the full cooperation of the Government of Ukraine and the UN Mission and reported that the mandate of the Mission is prolonged for the next six months. The UN report also warns that the situation in eastern parts of the country and occupied Crimea remains complicated. Human rights violations are still committed by the self-proclaimed authorities in the Autonomous Republic of Crimea.

“I am particularly concerned about sentencing Ukrainian film-maker Oleh Sentsov to 20 years of prison by a Russian Federation Military Court,” High Commissioner Zeid said. “His trial was marred by irregularities.” He noted that the court refused to look into credible allegations of torture and ill-treatment during his pre-trial detention and that the verdict was adopted despite the main prosecution witness had recanted his testimony insisting that it had been extorted under torture.

four times in the past 24 hours

Outlawed units of gunmen carried out several attacks on ATO positions provoking Ukrainian troops in the period from 6PM till midnight, the ATO press centre reports.

In the Artemivsk direction, our stronghold near the village of Luganske was assaulted at 6.30PM with small arms.

In the Lugansk region, army positions near the town of Schastya were shelled with rebel grenade launchers at 8.25PM.

Moreover, our troops stationed to the south of Avdiyivka were attacked in the period between 9.05 and 11.10PM with ICV weapons, grenade launchers, and heavy machine-guns and small arms from rebel positions near the settlement of Spartak.

The Washington Post: Putin has won his war in Ukraine

The war in Ukraine has slipped off the front pages. Eighteen months ago, when Russian President Vladimir Putin seized Crimea and then instigated a pro-Russian rebellion in the Donbas region, Ukraine was hot news. Putin was roundly denounced, and Russia was hit with damaging economic sanctions. East-West relations soured badly, and diplomats wondered whether they were witnessing the beginnings of another cold war,” Marvin Kalb wrote in the Washington Post.

“Now Ukraine, as a European crisis, has lost its urgency. One reason is the rush of other news, from global economic jitters and the flood of desperate Arab and African migrants to Europe to the preoccupying nuttiness of the U.S. presidential campaign. But there is another equally important reason. Putin seems to have won his little war in Ukraine, and his Western critics watch from the side-lines, sputtering with helpless rage”.

[…] In this environment of caution and retreat, Putin has, slowly but surely, “frozen” the conflict, much as he did in 2008 in the former Soviet republic of Georgia. Far more than Western leaders, Putin can now influence and, when necessary, control the flow of economic, political and diplomatic developments in Ukraine.

For this “victory,” Putin has had to pay a heavy price. His economy has floundered, his reputation has suffered and Russia has experienced a return to domestic disorder and discontent that is real, even spreading. But as yet this has not had any discernible effect on his position within Russia. He seems perfectly capable of retaining his almost dictatorial grip on political power.

Putin can tolerate an independent Ukraine so long as it is “friendly” to Russian national interests, and, as any good despot, he trusts only himself to define this friendship. Down the road, he has hinted that he would like to convene a Yalta-type conference, at which he and other world leaders would redraw the map of post-1991 Europe. It’s not a very likely possibility, but Putin thinks he has time. He has Ukraine squirming in the palm of his hand, and he sees his Western adversaries as weak, divided, corrupt and, maybe, in this circumstance, ready to strike a deal to his liking.

General Staff: Relative lull in fighting in the ATO area

A "relative lull" in fighting has been reported again in the ATO area, a spokesman for the Presidential Administration on ATO issues, Andriy Lysenko, reported at a briefing on Wednesday.

"In general, it's the 10th day that a relative lull has been observed in the ATO area. Rebels breach the ceasefire on the average up to 10 times a day without committing heavy armaments," Lysenko announced.

Furthermore, 6 rebel drones were recorded to the east of Mariupol on Tuesday.

General Staff: 1 service member killed in the ATO area in the past 24 hours

1 Ukrainian service member was killed in the ATO area in the past 24 hours, a spokesman for the Presidential Administration on ATO issues, Andriy Lysenko, reported at a briefing on Wednesday.

According to him, it happened in a battle against enemy commandos trying to break through in the Lugansk direction.