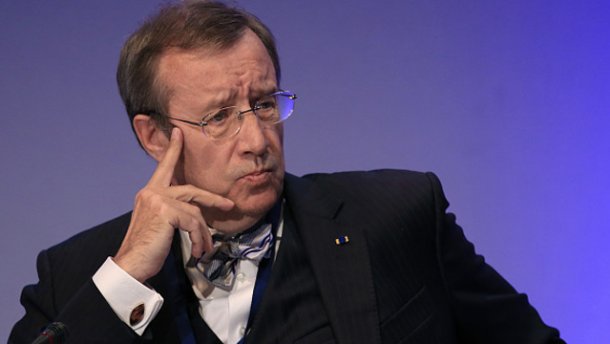 Estonian President: Europe forgotten about Ukraine due to the influx of refugees

President of Estonia Toomas Hendrik Ilves expressed his concerns regarding the fact that Europe had forgotten about the situation in Ukraine trying to solve the ongoing migrant crisis.

When opening the autumn session of the Estonian parliament on Monday, he said that the most important topics in 2014 were Crimea, the MH17 crash and the conflict in Donbass.

According to Ilves, the situation in Ukraine has changed little since that time; still, the majority of EU members have forgotten about Ukraine in the face of a new challenge.

Europe experiences the threat of an unprecedented influx of war refugees, he said, adding that this is a new migration period, the likes of which haven’t been seen for thousands of years.

for its support of Assad's regime

Russia will be in even greater isolation if it provides Syria with arms, according to the representative of the White house. In this case, with continued support for Assad, the RF “would perform the tasks, which is opposite to that of the anti-terrorist coalition.

"Russia's interests in Syria are not completely contradictory to the interests of the rest of the world," noted Ernest. He acknowledged that Moscow is interested in successful fighting against ISIS.

Israeli media noted on August 31 that Russia had reportedly sent combat aircraft, helicopters, air defence systems to an airfield in the Syrian capital which are allegedly supposed to participate in operations against rebels of the "Islamic state" (IG).

In total, pro-Russian outlawed units of gunmen breached the ceasefire 7 times in the past 24 hours, the ATO press centre reports.

Rebels continued to chaotically fire on army positions in the Artemivsk direction on the evening of September 14.

In particular, rebels carried out two attacks on a stronghold of Ukrainian troops near Mayorsk around 6PM with heavy machine-guns, grenade launchers, and small arms.

Ukrainian troops stationed in Losove came under machine-gun fire at 8PM. Donbass gunmen resorted to small arms at 10.20PM near Sanzharivka.  They attacked the village of Krymske, Lugansk region, with small arms at 3AM, September 15.

The situation in the ATO area remains difficult, as rebels continue to conduct provocations and attacks, use sabotage and reconnaissance groups at the rear of Ukrainian troops for raiding, the founder of the Information Resistance Group, Dmytro Tymchuk, posted on Facebook on the morning of September 15.

"Rebel infantry group of 15 to 20 people fired small arms on an ATO stronghold," he posted.

According to the IRG, rebels continue to regroup their forces and deliver facilities, equipment, and other resources to positions of Russian troops", namely rebel forces deployed to Maryinka and Avdiivka were regrouped; terrorist positions located to the south of Starobeshevo were provided with 4 armoured combat vehicles; 5 IFVs were moved to Novoazovsk; a tank element was redeployed to Vuglegirsk.

No deaths were reported in the area of the anti-terrorist operation in the past 24 hours, but two soldiers sustained wounds, a spokesman for the Presidential Administration on ATO issues, Oleksandr Motuzianyk, reported at a briefing on Tuesday.