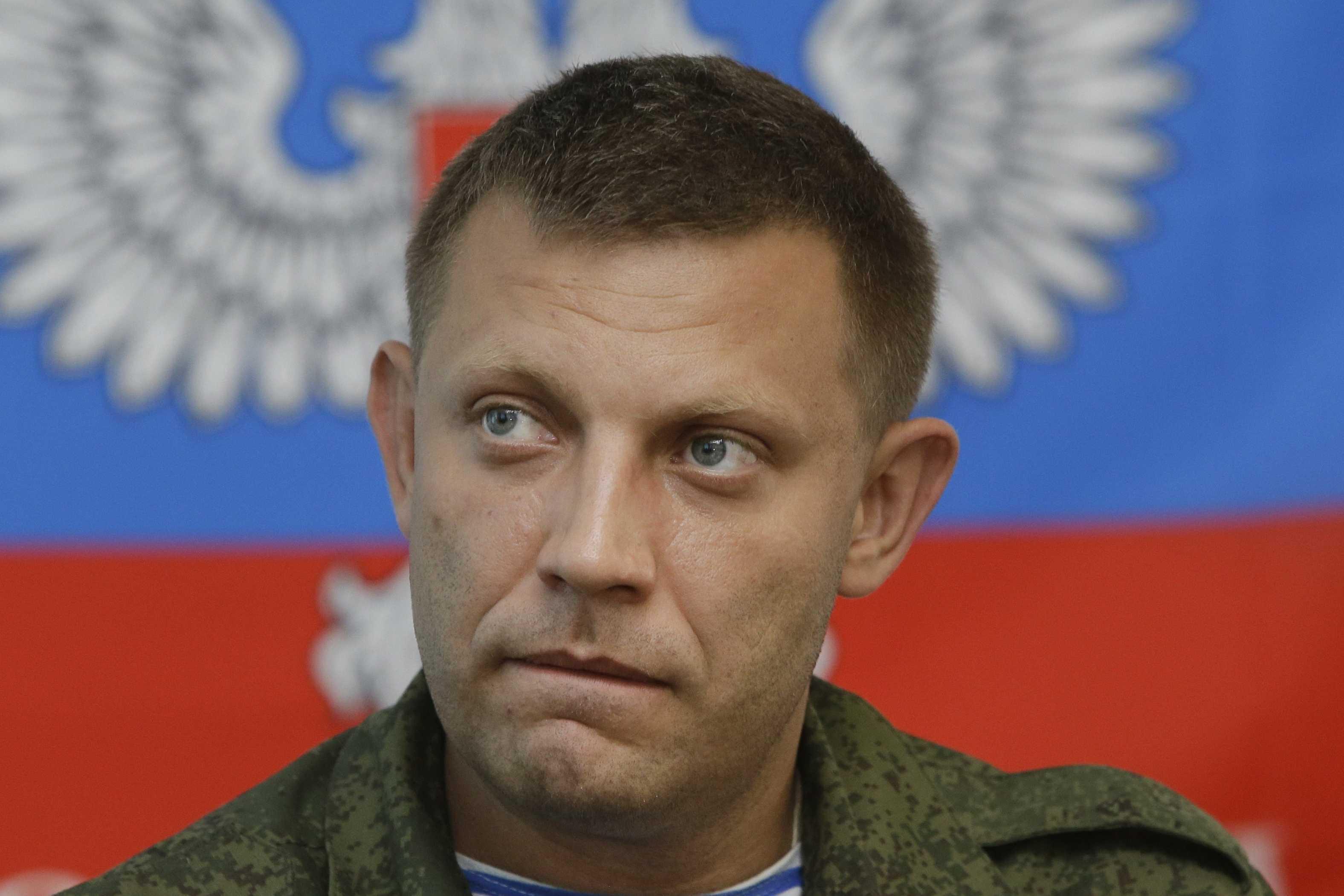 The PRD rebel leader, Alexander Zakharchenko, has called a pseudo-election for October 18, a report released by the separatist periodical DAN reads.

Furthermore, he announced that local elections would be held in the occupied territories of the Donetsk region in stages.

The chairmen of town and district administrations will be elected at the first stage on October 18. In particular, the heads of the Amvrosijivka, Novoazov, Starobeshevo, Telmanove districts, and the towns of Gorlivka, Debaltseve, Dokuchayevsk, Yenakiyevo, Zhdanovka, Kirovske, Makiivka, Snizhne, Torez, Khartsyzsk, Shakhtersk, Yasynuvata and the city of Donetsk will be elected first of all.

"We plan to complete the election process on the local level in the first half of 2016,” he said.

As reported earlier, the Minsk agreement envisaged holding elections solely in accordance with the Ukrainian legislation and under supervision of the OSCE mission.

The situation in the ATO area remained stable yesterday evening and last night, even though rebels continued rare attacks on army positions, the ATO press-centre posted on Facebook.

In particular, a rebel sniper fired on a Ukrainian stronghold located near the village of Krymske, Lugansk region, at 7PM.

In the Artemivsk direction, rebels fired small arms on ATO forces in the settlement of Rozsadky at 9 and 11PM.

In total, insurgents breached the ceasefire 9 times in the past 24 hours.

Bloomberg: Kremlin hands $37 million over to rebels each month

The leaders of the so-called "PRD" receive RUB 2.5 billion (around $37 million at the current rate of the Central Bank of Russia) monthly from the Kremlin, Bloomberg reports with a reference to rebels' statements.

Ukraine said last week that shelling in the eastern conflict zone stopped for the first time in 18 months, raising hopes that a recent truce might hold. The fighting has left almost 8,000 people dead, according to the United Nations. It’s also wrecked local commerce.

Coal and metals exports were the main earners before the violence flared last year. Now the region is mostly reliant on Russian financial aid and taxes the government tries to gather from local businessmen by requiring them to open accounts at the central bank to pay suppliers.

Two people in the rebel administration said Russia transfers 2.5 billion rubles ($37 million) for pensions every month. They declined to be identified, citing security concerns. So far, the slump in Russian finances hasn’t hit them, Nikitina said. The ruble has declined more than 40 percent over the past year as the oil price halved and Russia forecasts its economy will shrink by as much as 4.4 percent this year.

Stratfor: There is no chance Russia would withdraw its troops from Ukraine

Russia wages a huge geopolitical campaign against the West, and the situation in the east of Ukraine is an important part of it, a report released by the private American think tank Stratfor reads.

From eastern Ukraine to Alawite Syria to Nagorno-Karabakh, Russia appears to be making a conscious effort to widen its footprint in strategic spaces. This will be a pricey endeavour, but the geopolitical logic behind these moves is not lacking.

In order of priority, Russia's position in eastern Ukraine comes first. Ukraine, from centuries past to today, forms the soft underbelly of the Russian state that must be insulated at all costs. If Ukraine comes under significant influence or control of a Western power, the Russian south-western flank will be laid bare. But Russia is not strong enough to anchor itself on the Dnieper River and absorb both the military and economic costs of such an endeavour. So Russia must settle. The best Russia can do at this point is to try to consolidate autonomy for the eastern rebel provinces, using its tight grip over separatist commanders to dial up and down the conflict as the need arises. If Russia feels as though its demands are being ignored when it comes to NATO's build-up, sanctions or the like, violence in eastern Ukraine flares up. Once the Germans and the French get the message and start pressuring Kiev to make certain political concessions, the fighting quickly de-escalates.

This is a pattern that all sides are getting used to, but it is still far from ideal for Moscow. No matter what negotiations are in play, Russia is not about to withdraw its military foothold in eastern Ukraine. At the same time, that military dynamic provides the foundation for a pro-West Kiev to lean on the United States for help in defending itself against a persistent Russian threat. Russia must therefore carefully calibrate its military moves in eastern Ukraine, making clear that any Western push would risk a direct confrontation with the Russians, but also not going far enough to where its actions compel a U.S. response that could cause the Russian buffer to recede even more in the end.

No deaths were reported in the area of the anti-terrorist operation in the past 24 hours, but 2 soldiers sustained different types of wounds, a spokesman for the Presidential Administration on ATO issues, Andriy Lysenko, reported at a briefing.