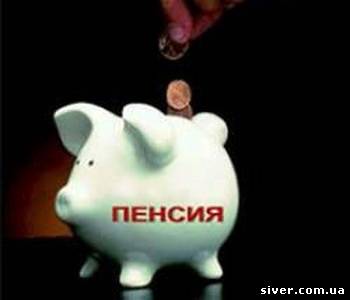 A system of mandatory pension accumulation will be launched in 2013. It is assured the Deputy Prime Minister Serhiy Tihipko. As long as the government overcome the deficit of the pension fund. Forecasts of experts are less reassuring. Introduce the second level in one year government officials simply can’t.

The second level of the pension system will start working since 2013. It will be implemented just after getting rid of debt in the pension fund. The government hopes to achieve this the next year.

"35 years old and younger ones that work will pay to the pension fund second-level contributions to their personal account. The first year they will pay 2%. And after that, each year 1% will be added to their payroll. This money will remain in their accounts and could be inherited "- explains Tihipko, Deputy Prime Minister and Minister of Social Policy.

While a mandatory accumulation system is not implemented, a traditional one will operate. However, the level of wages and payments to the pension fund does not guarantee a decent pension provision. For example: pensions, which will receive the judge and the doctor, will be radically different.

An ordinary 35-year-old district judge and a general practitioner for 30 years, will contribute to the pension fund about the same amount - more than 300 thousand. However, because of the coefficients the judge with an initial salary of 2.5 thousand per month can get to 12 thousand. Instead, a doctor in the same period would have only 1700.

The worse the situation would be for people who are already over forty. Because of planned by government innovations, they just do not have time to raise funds for worthy retirement.

"As for forty years old people, there is the only option - their fate is in their hands. Everyone should take care of themselves today, using various methods of savings and accumulations of funds through the banking system i.e. need to manage their own funds. I do not see the other options" - calculated Volodymyr Dziobak, Chairman of the Board of the Ukrainian Association of Retired Persons.

Currently, more than 400,000 citizens who are over 45 generally cannot find a job. In the labor market the maximum working age for women is 54 years and for men is 59. Informs TV channel UBR.