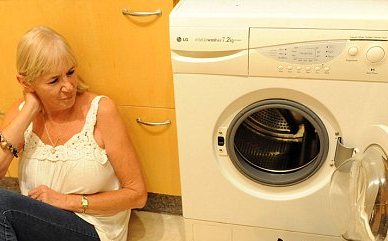 As we have already reported (for further information see the article on our site dated 5 March of this year), that according to the regulations of the European Parliament and of the Council of the EU  "on detergents", some strict demands have been advanced aiming at improving the environmental conditions and reducing morbidity of the population (which are associated with adverse effects of phosphates)  in order to put gradually  an end to the supply of washing powders with a phosphorus content on the market  in two stages: by  June 30, 2013 and by January 1, 2017. In addition to that, the draft of the technical regulations of Customs Union provides for a complete removal of phosphates from synthetic detergents by 2020. To be able to "walk in one leg" with the EU, we have also prepared a bill, in accordance with which the process of the reduction of the amount of phosphate compounds used in detergents produced at the works of Ukraine is due to start  this year.

We gave out with a comment about the bill in general (published on the site of the Ministry of Economic Development and Trade of Ukraine) and also about the fact, that government officials placed interests of manufacturers before people's health and environmental issues, when basing their reasons for the reduction of harmful for health and environment phosphates in detergents.

It took them only a few days and, as reported by the UNIAN, the same Ministry of Economic Development and Trade of Ukraine has postponed the beginning of the reduction of phosphates used in synthetic detergents from 2013 to 2014 year.

In the previous publication on this topic, we wrote: Everyone understands that it is impossible to instantly rebuild a production line in order to utilize new technology. But we are talking about serious threats to health of the people, about a steady deterioration of environmental conditions, about the loss of flora and fauna across an enormous territory! Aren't they stalling over reforming of this sector? Do authorities not indulge some "chemical magnates", in order not to, God save, spoil their mood because of this temporary reduction in superprofits? Why can the increase of the pension age be started immediately, and transition to production of new products is going to linger on for eight years?

And here they are, as we can see, stepping back in the face of the same "chemical magnates»!.. Someone has said "stop!” to someone. - And they are instantly “stepping back”.

Just to prevent you from thinking that we have mentioned this topic in vain, we would recommend to find in the Internet some recent information about the son of a magnate (who's by the way a legislator now), who bought a "hut" for 200 million USD in New York, and also…a barrel of wine for several hundred thousand (thousand!) euros…

That is why there is still a question: will the strong of this world allow the state to cut their profits for the sake of our health and the environment?